Aryan Mahajan has had a good year so far, winning two junior-level table tennis tournaments in the USA 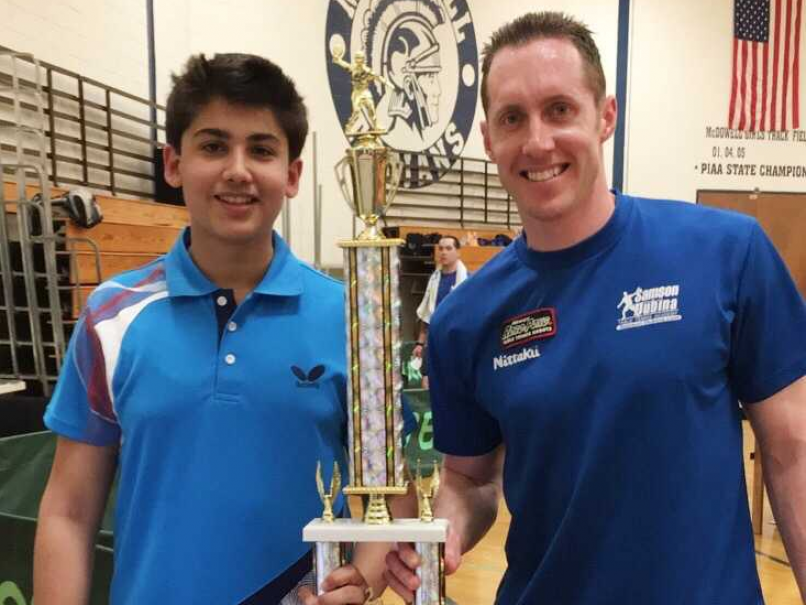 Aryan Mahajan with Samson Dubina, one of US top players and his coach.© NDTV

Fourteen-year-old Aryan Mahajan has won the 2016 Millcreek Giant round-robin table tennis tournament in Erie, Pennsylvania. This USD 3,000 prize money tournament is sanctioned by USA Table Tennis. (Read more sports stories here)
Â
Jammu lad Mahajan has had a good year so far, winning an under-16 tournament in Ohio in January. On Sunday, Mahajan scored a stunning come-from-behind 3-2 win against Asawari Khadode. He had a rather smooth passage to the final round.
Â
This two-star Open tournament, sponsored by table tennis equipment makes Butterfly, sees players taking part on the basis of their ratings (between 2250-1000). Matches are best of five games to 11 points. Mahajan was down 2-0 and then reeled off three games in-a-row to win.
Â
Mentored by Samson Dubina, Mahajan finished runner-up in the under-1600 category. He is among a clutch of Indian juniors who are trying to make it big in table tennis in USA.