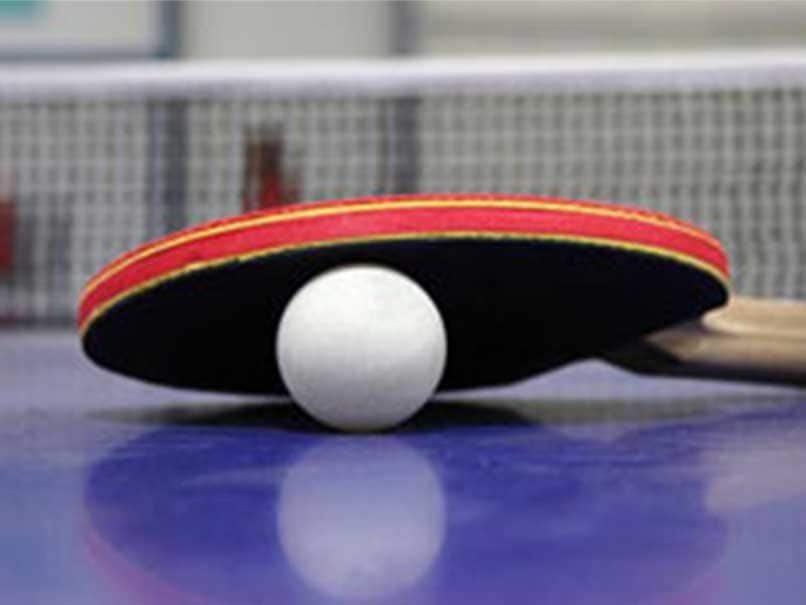 The International Table Tennis Federation postponed the event due to coronavirus.© AFP

Table tennis's world team championships, due to take place next month in the South Korean city of Busan, were postponed on Tuesday following a leap in novel coronavirus cases. The International Table Tennis Federation said the event, originally planned for March 22-29, had been provisionally rescheduled for June 21-28 following an emergency meeting with local organisers. South Korea's K-leaguehad already postponed the start of the new football season on Monday as the virus causes chaos in the country's sporting calendar.

Volleyball, basketball and handball have taken similar measures as confirmed cases of COVID-19 rose to 893 in South Korea, with eight deaths.

"In light of the emerging situation in Korea Republic and to best preserve the health and safety of players, officials and fans, the Hana Bank 2020 World Team Table Tennis Championships in Busan have been postponed with the dates of 21-28 June provisionally reserved," said an ITTF statement.

"By continuing to work hard and in close cooperation with all stakeholders in Busan, the ITTF remains confident about putting on a great World Championships in June."

The coronavirus has had a serious impact on sports events worldwide, with football matches in Italy, China and Japan postponed as well as the Formula One Chinese Grand Prix, the Hong Kong Rugby Sevens and elite women's LPGA golf tournaments in Thailand, Singapore and China.

The Korean Volleyball Federation said it would hold matches behind closed doors until "an improvement in the situation".

And the Korea Handball Federation cut its season short, cancelling the playoffs and finals.

Nearly 2,700 people have died in China but the rising number of coronavirus cases and deaths elsewhere has deepened fears about a potential pandemic.

More than 2,000 cases and 30 deaths have been reported outside China.

Comments
Topics mentioned in this article
Table Tennis Other Sports
Get the latest updates on India vs South Africa and check out  Schedule, Results and Live Score. Like us on Facebook or follow us on Twitter for more sports updates. You can also download the NDTV Cricket app for Android or iOS.