Navdeep Saini, who did not bowl a single over in the 2nd T20I, was taken off the field in the penultimate over of the Sri Lanka innings, when he injured his shoulder while fielding at extra-cover. 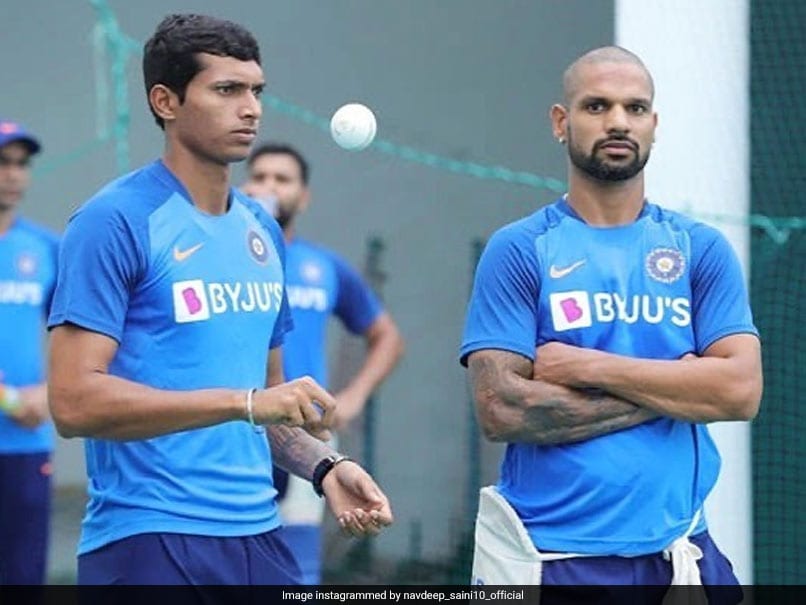 Navdeep Saini is doubtful for the T20I series decider against Sri Lanka.© Instagram

India bowling coach Paras Mhambrey has said that the BCCI medical team is assessing pacer Navdeep Saini, who injured his shoulder while fielding in the second T20 against Sri Lanka. Saini, who did not bowl a single over in the game, was taken off the field in the penultimate over of the Sri Lanka innings, when he injured his shoulder while fielding at extra-cover. With eight of its players in isolation following all-rounder Krunal Pandya's positive COVID-19 test, the depleted Indian team lost by four wickets in the second T20 in Colombo on Wednesday.

"In Navdeep's case, I think the medical team is handling him. We will assess the situation, maybe tonight or in the morning and take a decision accordingly," Mhambrey said in the post-match press conference.

"And I think, once the decision is finalised and conveyed to the selectors and the coach, I think we will go ahead and then if needed we need to make any changes, we will do that," he added.

Put into bat, India were restricted to a modest 132/5 with skipper Shikhar Dhawantop-scoring with a 40.

The hosts then chased the target with four wickets in hand and two balls to spare with Dhananjaya de Silva hitting a match-winning unbeaten 40.

The series deciding third T20 will be played at the same venue this evening.

Sri Lanka Cricket Team Navdeep Saini Sri Lanka vs India, 2021 Cricket
Get the latest updates on IPL 2021, check out the IPL 2021 Schedule and Indian Premier League Live Score . Like us on Facebook or follow us on Twitter for more sports updates. You can also download the NDTV Cricket app for Android or iOS.