Chetan Sakariya, who recently received his maiden India call-up, said that it was a massive surprise for him to be picked in the squad for the Sri Lanka tour 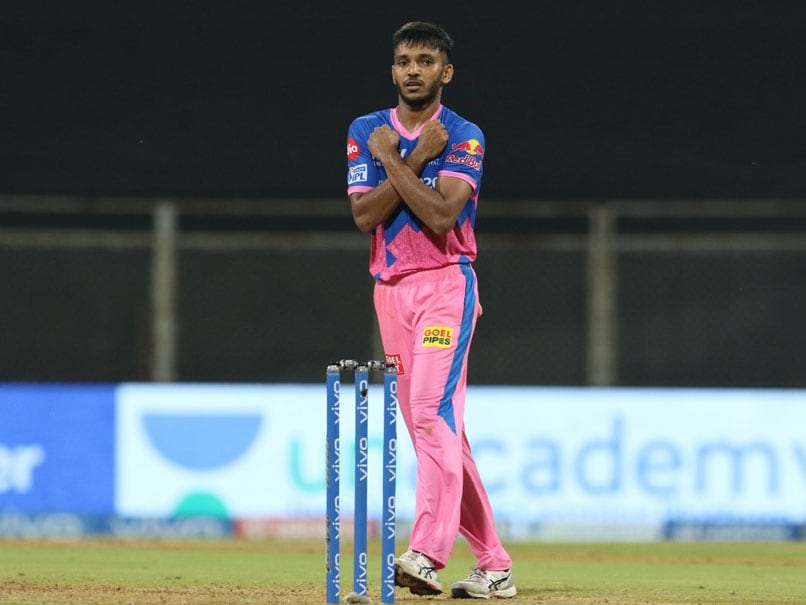 Chetan Sakariya made his IPL debut for Rajasthan Royals in IPL 2021.© BCCI/IPL

Young speedster Chetan Sakariya, who recently received his maiden call-up for the India squad, said that it was a massive surprise for him to be picked in the side for the Sri Lanka series. The All-India Senior Selection Committee on Thursday picked the squad for the Sri Lanka tour. While Shikhar Dhawan was appointed as the skipper with Bhuvneshwar Kumar being picked as the vice-captain, Sakariya earned his maiden call-up to the national side. Sakariya, who impressed everyone in the Indian Premier League (IPL) is confident about showcasing his skills in the upcoming series.

"I would've been happy just going to Sri Lanka as a net bowler, so this is a massive surprise," ESPNcricinfo quoted Sakariya as saying.

"At the IPL, I thought I exceeded my own expectations. Initially, I thought I may have to wait for my turn (at Rajasthan Royals), but once I got into the camp, the kind of confidence and faith everyone showed in me, I got the vibes that I'll start.

"So while it is a surprise (to be picked for India), I'm very much ready and confident with the way I've prepared," he added.

India and Sri Lanka will compete in a three-match ODI series and as many T20Is from July 13.

The India squad led by Dhawan will play three intra-squad games in Colombo as preparation for the limited-overs series against Sri Lanka.

Speaking to ANI, sources in the know of developments in the Lankan board confirmed that the Indian players wanted to play some practice games, but the COVID-19 situation meant it had to be intra-squad games and not against a Sri Lanka 'A' team.

Sri Lanka Cricket Team Chetan Sakariya Sri Lanka vs India, 2021 Cricket
Get the latest updates on India vs South Africa and check out  Schedule, Results and Live Score. Like us on Facebook or follow us on Twitter for more sports updates. You can also download the NDTV Cricket app for Android or iOS.