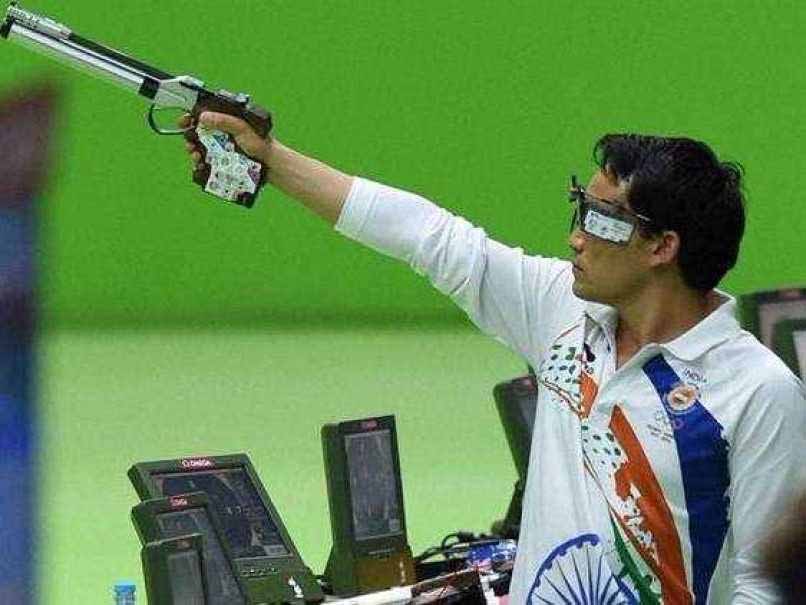 Rai's score of 233 was a new record in the finals of the event.© PTI

Ace Indian shooter Jitu Raion Friday won the men's 50m pistol national title with a new national record score of 233 at the 61st National Shooting Championship. Rai got the better of second-placed Omkar Singh who shot 222.4 in the finals. Jai Singh secured bronze with score of 198.4. Rai's score of 233 was a new record in the finals of the event.

Rai also won the team gold in the event combining with Jai and Omprakash Mitherwal for a total of 1658, besting Team Air Force, who managed a total of 1626. Punjab with 1624 won bronze.

Surinder Singh, his state-mate shot 221.9 for silver while Anmol Jain of Haryana won bronze with 205.1. Arjun and Surinder along with Mankaran Preet Singh also won the junior men's team gold in the event, where Haryana won silver and Delhi the bronze.

A total of 4800 men and women shooters from across the country are participating in the 61st Shooting Nationals including 200 wild card entries.

Comments
Topics mentioned in this article
Jitu Rai Shooting
Get the latest updates on Olympics 2020, Olympics 2020 Medal Tally, Live Cricket Score . Like us on Facebook or follow us on Twitter for more sports updates. You can also download the NDTV Cricket app for Android or iOS.