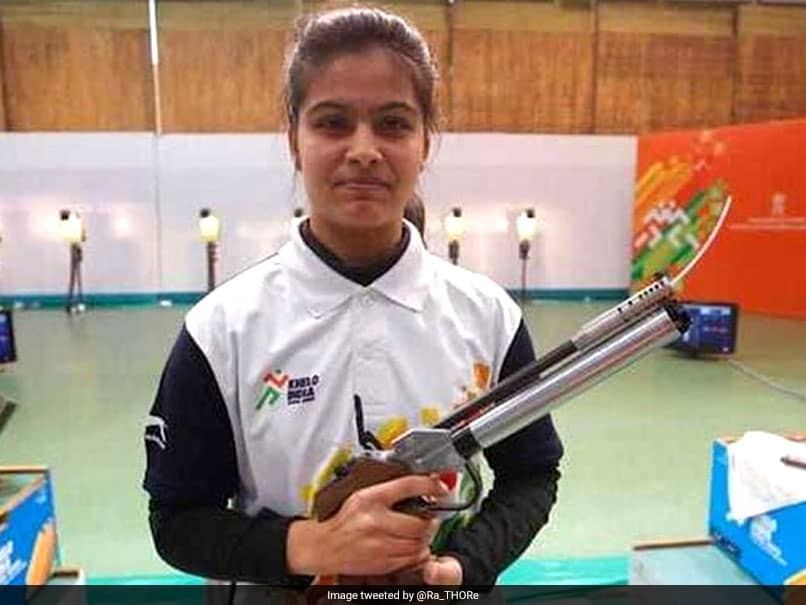 Manu Bhaker has recently got an electronic target system installed at her makeshift shooting range.© Twitter

Indian pistol ace Manu Bhaker is "very hopeful" of the Olympics taking place next year and maintaining her terrific game and poise too until then, despite the uncertainty gnawing at the world of sports due to the COVID-19 pandemic. A medallist at ISSF World Cup, Commonwealth Games and the Youth Olympics, Bhaker was primed for success at sport's grandest and biggest stage in Tokyo later this year, but the unprecedented health crisis intervened and forced a postponement of the Games by a year.

With the world still far away from bringing the situation under control, there are doubts if the Games would be held even next year.

"Yes, the Indian shooters were in great form heading into the Games, but health is a bigger concern," Bhaker told PTI.

"I am very hopeful of the Olympics taking place next year and also confident of maintaining my game and hitting peak form there. This is a difficult time for the world but I have no negative thoughts and I am mentally prepared."

Bhaker has recently got an electronic target system installed at her makeshift shooting range in Haryana's Goria village home at the expense of an archaic manual machine that was prone to frequent breakdowns.

The old machine was causing her "immense irritation" of late.

Delighted by the reboot in her training after waiting for the machine to be transported from Faridabad, the teenaged star has got down to preparing with renewed vigour and optimism.

The multiple medallist is not only hopeful of the Olympics taking place next year, despite the uncertainty gnawing at the world of sports, but also maintaining her form until then.

"I have recently got the machine installed at my home and this will be surely more beneficial in my training," Bhaker said during an interaction over phone from her home, where the range had been set up by her father after she showed exceptional skills in the precision sport.

She thanked the Sports Authority of India (SAI) and Olympic Gold Quest (OGQ), the organisation that manages her, for promptly getting the machine delivered at her home despite the nationwide lockdown enforced to contain the COVID-19 pandemic.

"I was facing lost of issues with the old machine as it was manual. The thread would come off and often it would break down on and off. Now it's very different with the new machine," the 18-year-old Bhaker added.

"Since I feel there is unlikely to be any outdoor action and competitions for another three-four months, I thought it will be useful to get this installed at this point in time."

The target HS10 machine from Swiss company SIUS Ascor is designed for all airguns for distance ranging from 10 to 20 meters.

Some of the salient features of the machine are its accuracy, integrated high-intensity LED target illumination, low operating costs (no paper rolls/rubber rolls) and it is also suitable for outdoor shooting.