Gagan Narang Working Towards A "Miracle" For 5th Olympic Appearance

Gagan Narang said mentoring aspiring shooters doesn't come in the way of his personal goals, rather the whole process helps him. 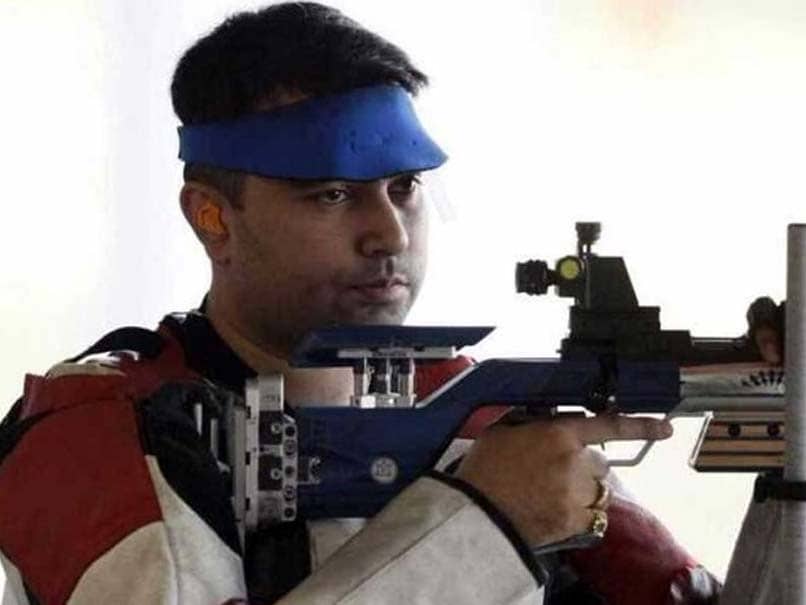 Gagan Narang put down the prospects of a fifth Olympic appearance to a "miracle".© AFP

The unassuming Gagan Narang on Wednesday put down the prospects of a fifth Olympic appearance to a "miracle", one that he is relentlessly "working towards" by training on and off the range. For one of India's finest practitioners of rifle shooting, securing a fifth Olympic berth is not beyond the bounds of possibility, but the 36-year-old was modesty personified when discussions turned to the 2020 Tokyo Games.

"I have started training, Tokyo will happen or not, only the upcoming competitions will tell me," Narang, a bronze-medallist in the 2012 London edition, said during an interaction.

"Next month we have the selection trials and if a miracle happens I will get selected for the Asian Championships. From thereon we will take a different route altogether. I am working for a miracle to happen," he added.

Narang preferred to remain practical as far as another shot at the Olympicsis concerned.

"There are a few things that I am working on. There are a few competitions lined up over the next few months or so. My participation at the Tokyo Games will depend on the kind of results I have at these events," he said.

He has set up many training centres across the country as part of the Gagan Narang Sports Promotion Foundation (GNSPF) to teach and promote shooting to young aspirants.

His efforts will be recognised on Thursday when President Ram Nath Kovind presents him the Rashtriya Khel Protsahan Puraskar on the National Sports Day.

He said mentoring aspiring shooters doesn't come in the way of his personal goals, rather the whole process helps him.

"I don't think that affects my personal shooting. Take for example the case of Ela (Elavenil Valarivan, one of his best trainees) or Shreya (Agarwal), sometimes they shoot 28 and tell me that 'sir I have shot 28'. Then my challenge is to shoot 29. So it kind of keeps you focussed.

"I can't be more happy when kids from the academy shoot better than me. Each day is a learning curve."

As talks turned to the Indian Olympic Association's (IOA) proposal to boycott the 2022 Commonwealth Games for excluding shooting from the roster, Narang said it would be "unfair" on other disciplines.

But he is glad that the Sports Ministry, the National Rifle Association of India (NRAI) and the International Shooting Sport Federation (ISSF) are working towards getting the 'optional sport' back in the programme. "If it happens then great," he said.

Comments
Topics mentioned in this article
Gagan Narang Shooting
Get the latest updates on SA vs IND 2021-22, check out the Schedule and Live Score . Like us on Facebook or follow us on Twitter for more sports updates. You can also download the NDTV Cricket app for Android or iOS.