Anish Bhanwala said he will soon enroll for an undergraduate course in Bachelors in Business Administration and then top it with a Masters program. 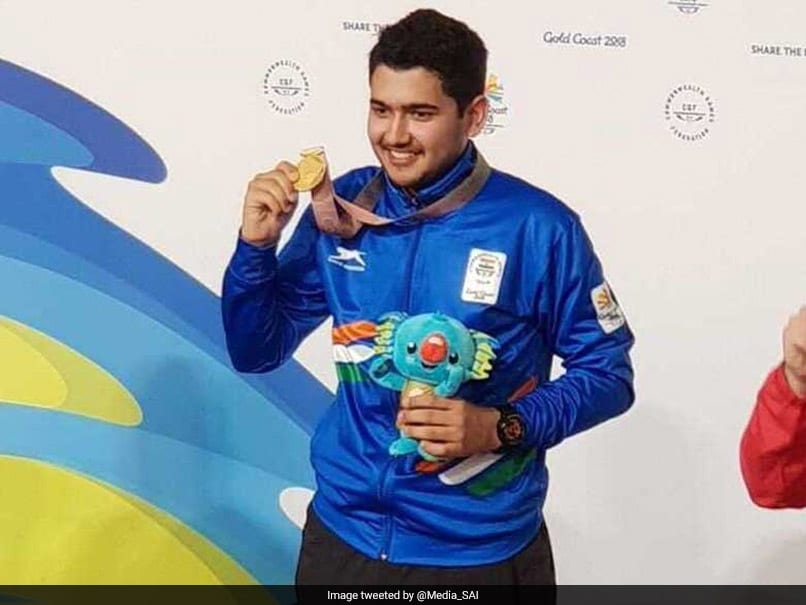 A teen sensation in every aspect, Anish Bhanwala is not content with only his awe-inspiring shooting resume, which features prominently his feat as India's youngest Commonwealth Games gold medallist. Having clocked 90 percent recently in his class XII board exam, the 17-year-old Anish has made up his mind to pursue higher studies to pave the way for a secure future once he stops pulling the trigger. Anish will soon enroll for an undergraduate course in Bachelors in Business Administration and then top it with a masters program.

"I will study from the Manav Rachna University which is very close to the Karni Singh Shooting Range. After BBA, I will do MBA. It's good to have professional degrees for a secure future," Anish told PTI on Tuesday.

His chosen 25m rapid-fire event doesn't allow him the liberty to go full throttle while training at home, but regardless of the limitation, Anish goes about his task every day with a smile crossing his countenance.

And that smile has only broadened after he passed his school-leaving exam with flying colours.

But he is determined to not lose touch with the sport during the coronavirus-forced lockdown and out of compulsion, he is required to train at a makeshift 10m range set up by his family at his Karnal home.

For a teenager seeking an Olympic quota place in an event that requires on-ground practice, challenges are many in these difficult times, but Anish has no place for negativity.

"I do either dry firing at home or practice at the 10m range. Unlike in 10m, shooters in 25m, 50m and shotgun don't have the option to train at home. But I am managing it pretty well," Anish said.

"Though I compete in 25m rapid fire pistol, practicing daily keeps me focused and in touch with my sport."

"I don't want to lose touch with the sport at any cost. So I am just being positive and happy. Things are going pretty well for me, though are there have been ups and downs in shooting, which is the case with everyone, I guess."

The supremely talented shooter is optimistic about earning an Olympic quota when activities resume in his sport.

"There is a World Cup next year in March or April. I have done fairly well so far and all the shooters ranked above me and a few behind have secured quotas. So I stand a very good chance now," the Commonwealth Games and Youth World Cup gold medallist, who is ranked 11th in the word, said.

He said he is looking forward to joining the core group camp and is waiting for the National Rifle Association of India (NRAI) finalise the date and venue.

Besides shooting practice, he is doing and meditation at home to help him improve his concentration.

"I am also working out in order to have better control in shooting. I was 88 some months ago and I am 79 now."