India have now secured four berths in shooting for the Tokyo 2020 Olympics. 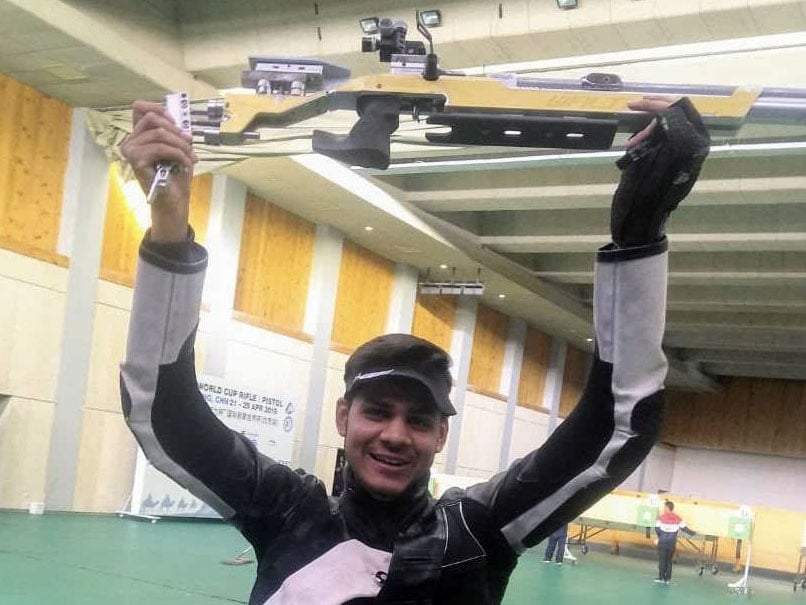 Divyansh Panwar won the silver medal at the ISSF World Cup, only 0.4 points behind the gold medallist© NRAI/Twitter

Divyansh Panwar became only the third Indian in history to win a medal in the 10-metre men's air rifle event at the ISSF World Cup on way to securing the silver medal at the event being held at Beijing in China on Friday. Only Gagan Narang (gold) and Sanjeev Rajput (silver) had won medals for India in this discipline before this. The 16-year-old Divyansh has also won India a berth in the Tokyo 2020 Olympics by virtue of his silver medal. This is the fourth berth for India in shooting at the Games. Anjum Moudgil and Apurvi Chandela (10m air rifle women) and Saurabh Choudhary had earlier secured India three Olympic spots.

Divyansh's score in the final was 249, agonizingly close to the score put up by the gold medallist, Zicheng Hui of China -- 249.4. The bronze went to Grigorii Shamakov of Russia, who had a score of 227.5.

There were two quotas for the Olympics on offer in the final. The other spot went to Shamakov, however, as Zicheng was ineligible.

Divyansh also won the gold at the 10-metre air rifle mixed team event along with Anjum Moudgil on Thursday.

With three medals, India are now on top of the overall medals tally at the Beijing World Cup. The pair of Manu Bhaker and Saurabh Chaudhary also won the gold medal in the 10-metre air pistol mixed team event on Thursday.

For the Rajasthan-based Divyansh, this was only his second appearance at a World Cup. He had participated in the World Cup in New Delhi earlier this year, where there had been no Olympic quotas on offer. He had failed to qualify for the final back in February.