Apurvi Chandela had won gold in the 10m air rifle in the Shooting World Cup recently. 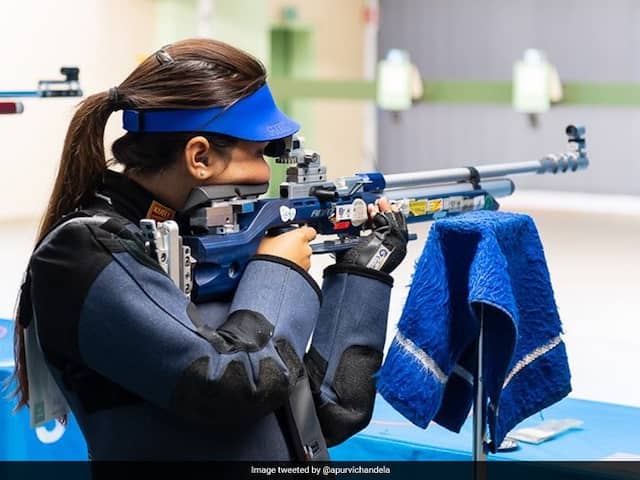 While Chandela has already booked a Tokyo Olympics berth, she narrowly missed out on a medal, finishing fourth with a total score of 207.8, at the recently-concluded ISSF World Cup in Beijing, China.

Anjum Moudgil, who was sixth in the eight-member final, occupies the second spot in world rankings.

Apart from these two, Manu Bhaker is the world number 10 in 25m Pistol Women category.

Anish Bhanwala, another of India's talented young shooter, was on the 10th spot in 25m Rapid Fire Pistol category.