A professional snow sculptor became Kazakhstan's first ever gold medallist in the Winter Paralympics after storming to victory in cross-country skiing. 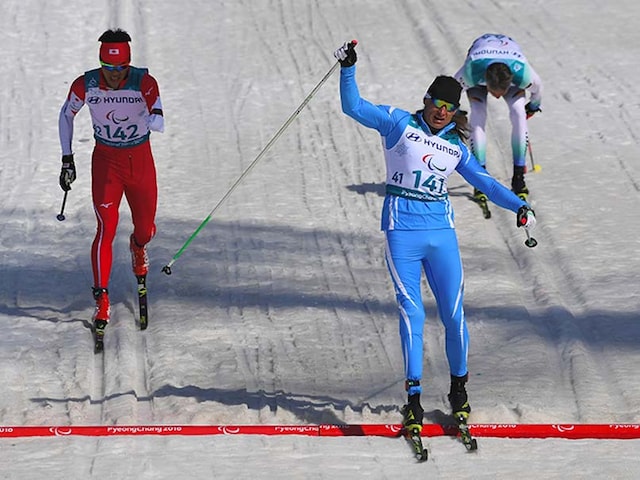 A professional snow sculptor on Wednesday became Kazakhstan's first ever gold medallist in the Winter Paralympics after storming to victory in cross-country skiing. Alexandr Kolyadin comes from a small town in the vast Central Asian country, and when he's not racing over snow in skiing competitions, he's crafting models out of it. Kolyadin, who lost his right leg in a car accident, makes up to 10 sculptures a week, from models of trains to animals and even Winnie the Pooh.

They are displayed around his hometown in public places, such as the town square and post office.

"I am proud for the country that they made the right choice and got me here, took me into the national team," he said.

But Kolyadin, who uses a prosthetic leg when he's competing, added there was no time for a break as he needed to prepare for other races in the Games.

"We will not rest. We will drink some tea and continue working," he said.