North Korean skiers Han Chun Gyong and Pak Il Chol were cheered on by a group of South Korean supporters. 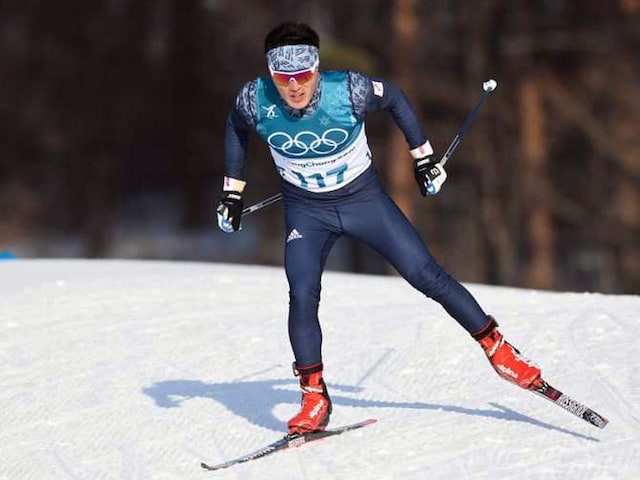 Dozens of South Korean supporters stayed behind to cheer North Korea's Han Chun Gyong and Pak Il Chol as they trundled home 100 places behind the leaders in the Olympic men's 15km cross-country on Friday. Despite an energetic start, Han finished 101st of 116 skiers at 42min 49.2sec -- nine minutes behind the winner, Switzerland's Dario Cologna -- with Pak 107th. The stands were nearly empty by the time they reached the finish line apart but a group of South Korean supporters, dressed in blue hoodies and waving mini unification flags, chanted and danced in the cold.

The North Korean cheerleaders -- who usually fill 200-plus seats when North Korean athletes are in action at the 2018 Winter Games -- were not present.

"I gained strength from the support of our countrymen," said Han. "I think it will be even more meaningful once we achieve reunification."

Han said that he was very happy that all the countries had gathered for the Olympics and added: "I will train harder and sweat to achieve higher scores at future Games."

"I've learned a lot," Pak said shyly as he swiftly walked past reporters.

Friday's game will likely be the first and last competition for the North Koreans, but Han said: "We don't know what we will be doing next."

The two skiers competed in an international competition in Russia last April, with Han finishing 90th of 92 finishers, and Pak coming in last.

North Korea has sent 22 athletes to Pyeongchang as part of a charm offensive after months of bellicose rhetoric and provocative missile launches.

Of those competitors, only pairs skaters Ryom Tae Ok and Kim Ju Sik reached the Olympic qualifying standard, with the rest getting a special invite.

North Korea is said to have just one ski resort, the brainchild of the country's leader Kim Jong Un, although it is often empty except for the nursery slope, according to media reports.