Will They, Won't They? Key Questions For Troubled Tokyo Olympics

As Japanese and International Olympic Committee officials insist the Tokyo Games will go ahead, there are some major questions surrounding cancellation. 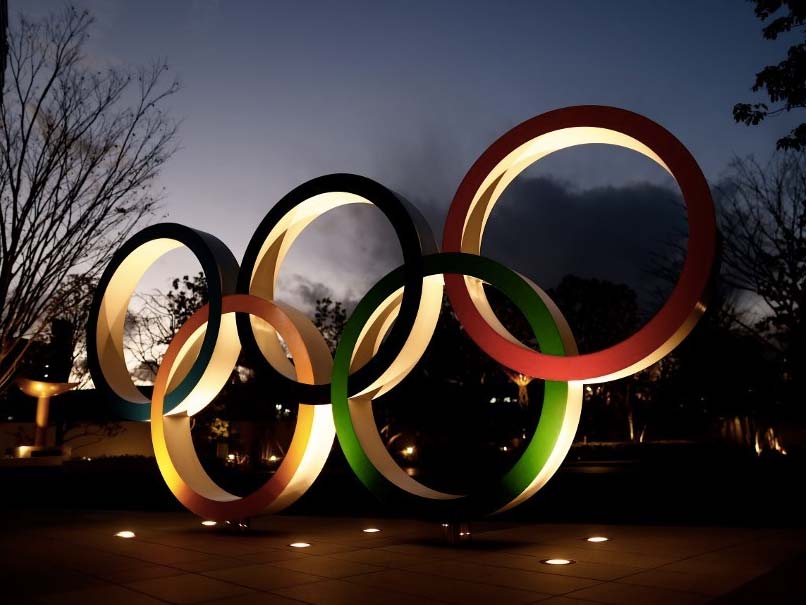 There are fears the Tokyo Olympics, postponed last year and now due to start in July, may be cancelled.© AFP

The world's ongoing coronavirus crisis and plunging public support in Japan have raised fears that the Tokyo Olympics, postponed last year and now due to start in July, may be cancelled. As Japanese and International Olympic Committee officials insist the Games will go ahead, here are the major questions surrounding cancellation:

What are officials saying?

Japanese Prime Minister Yoshihide Suga said Friday he was "determined" to hold the Games this July, while a government spokesman dismissed a report claiming officials see cancellation as inevitable.

International Olympic Committee president Thomas Bach said last week there was "no reason whatsoever" for the event not to go ahead, but also admitted it may involve fewer fans, or even be held behind closed doors.

Decisions on whether to allow overseas fans, and how full venues will be, are set to be taken in the coming months.

What do athletes think?

Athlete pressure was seen as a driving force behind last year's postponement, with the Australian and Canadian Olympic committees pulling their teams out days before the decision was made.

This time, Australia, Canada and the United States have come out in support of the Games, and Greek pole vault champion Katerina Stefanidi -- who led calls for last year's postponement -- has said she would prefer it to be held with no fans than not at all.

Top US gymnast Simone Biles said the decision had to be based on "what's safe for the world", but added she was "hoping the Olympics can be put on, even if it means we're in a bubble".

But Japanese gymnastics star Kohei Uchimura sounded a note of caution, saying the event "can't be held if the athletes and the people don't feel the same way".

What would cancellation cost?

There are suggestions the final price-tag may be significantly higher, possibly making the event the most expensive Summer Olympics in history.

Calculating the cost of cancellation is complicated, especially as running the Games only accounts for about 0.1 percent of Japan's GDP.

Tomoaki Iwai, a political science professor at Nihon University, said cancellation could have a "tremendous economic impact" at a time when coronavirus is already a major headwind.

"The tourism sector and related businesses would see huge damage," he told AFP.

But other analysts argue tourism and spending linked to the Games is not that significant, meaning a cancellation would not necessarily involve massive losses.

How would Japan's government react?

Suga, who has only been in office since September, has seen his approval ratings nosedive over his handling of the coronavirus.

The greater Tokyo region and several other parts of the country are under a state of emergency until February 7, but the government has been accused of waiting too long to impose the measure and of mixed messaging.

Polls show around 80 percent of the public oppose holding the Games this year, so a cancellation might not be all bad news for Suga politically.

"It would strike me that the political risks of holding the Games and having them result in a new outbreak are greater than admitting that the risks are too great and working with the IOC to find some alternative plan that is more suitable," said Tobias Harris, a Japan analyst at Teneo Intelligence.

What would it mean for Olympic sports?

The IOC has vast reserves that have allowed it to cope with postponement, but experts say cancellation would have disastrous consequences for individual sports.

Many national and international sporting federations would find themselves in financial danger, with some relying on IOC payouts to survive.

Athletes who have trained for years to appear on the Olympic stage would find their hopes dashed, with many unsure whether they'll be able to qualify for the next Games, Paris 2024.

Cancellation would also deal a blow to the Olympics' image in an era when fewer cities have been coming forward to host the costly Games.