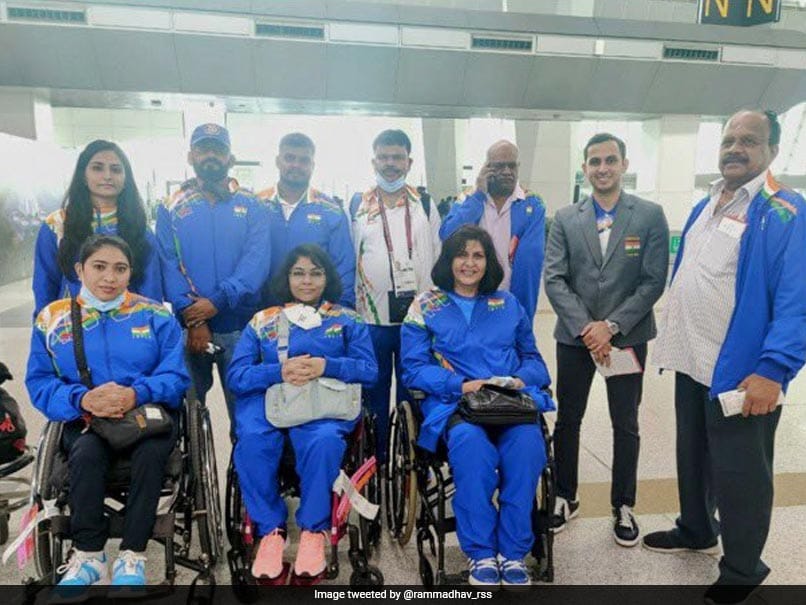 The Tokyo Paralympics will get underway from August 24 and India will have 54 para-athletes across nine sports disciplines featuring in the showpiece event. While the para-athletes have always made the country proud with their performances, Deputy Chef de Mission (CDM) Arhan Bagati said the Indian contingent can go one step further and win 15 medals at the showpiece event. Speaking to ANI hours after landing in Tokyo, Arhan said the para-athletes have been performing consistently in the lead-up to the Games and it augurs well for the India contingent going into the Tokyo 2020 Paralympic Games.

"They always shine but haven't always been highlighted. India has won 12 medals in total since the 1960s, and now, we are expecting our contingent to win 15 medals this time around. So from 1960 to 2016, we won 12 medals, but we have set the target of 15 in the Tokyo Games. It is an exponential jump and we are expecting 5 to 6 gold medals.

"This is a curation of the data we have received keeping an eye on their recent performances. We have consistently won gold medals in international events in the lead-up to Tokyo 2020 Paralympics and set multiple world records. There has been a sea change in the amount of awareness with regards to Paralympics as compared to the Rio Games and this has changed the mindset as well," he explained.

At 22, he comes across as quite young to be the Deputy CDM, but just like athletes, his journey too started early. Throwing light on the path he has travelled to become the Paralympic Committee of India's Awareness and Impact Ambassador, Arhan said: "Takes me back to 2014 roughly. In high school, I was an able-bodied athlete myself. There was a Sports for Development run that the Paralympic Committee of India was hosting in 2014 at the National Stadium in Delhi. Milkha Singh was also present there, so, I thought it would be an opportunity to meet one of my idols and interact. There I realised that the differently-abled population in the world is about 15 percent and in India that 15 percent if we average it out is pretty high. The recognition they get in general and for sports is not at all high."

"From there I got involved in the logistical end where I created a video for the sports for development run which was played at the National Stadium, basically the background video that goes on when the event is on. Then I got involved officially for the logistics part for the Incheon Games where I was looking into coordination and communication; it was a backend role."

But things took a turn when he launched an app in 2015. Arhan stated the idea was to make life easy for para-athletes and it was always about serving the community by creating awareness for the Paralympic movement.

"In 2015, I launched an app InRio. It was meant for the Rio Paralympic Games for the athletes. Through the app, they got information about the place and the surroundings. It (was) aimed at creating awareness for the Paralympic movement. I pitched this idea to some of the big players in the market and they were willing to sponsor those athletes via the app itself. Their training and all were funded. That is when the PCI appointed me as the Awareness and Impact Ambassador in 2015 and since then I just looked to take it forward from there," he added.

Coming to his current role in Tokyo, Arhan said he is looking to learn as much as possible to help in creating a base wherein para-athletes can get maximum support moving forward as the PCI has a long-term vision it is working on. In fact, this is the first time that the Indian contingent has a Deputy CDM as it calls for a contingent size of over 50.

"I am here to understand the logistics in person. Gursharan Singh is there as the Chef de Mission, my job is to take the movement forward. I have the next 40 or 50 years for the service of the movement and my job is to understand how the Games work and how other contingents work and what platforms they get, the facilities athletes have outside, and then we can balance it out. So, I was given the role of Deputy Chef de Mission so that I can learn from this experience," he said.

On Tuesday, the athletes interacted with Prime Minister Narendra Modi, an experience that Arhan said would work as a huge confidence booster for the former.