Tom Brady was working out in a downtown park when he was ejected by a park patrol because it was closed to the public due to the coronavirus pandemic. 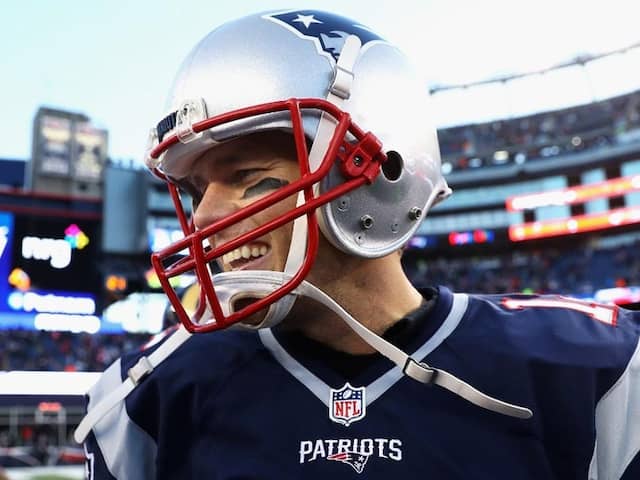 Tom Brady received an apology Saturday from Tampa Mayor Jane Castor for his ejection from a city park.© AFP

Tom Brady received an apology Saturday from Tampa Mayor Jane Castor for his ejection from a city park, but she took issue with his would-be trademark "Tompa Bay". The 42-year-old Brady, who signed with the Tampa Bay Buccaneers last month after 20 seasons with New England, was working out in a downtown park Monday when he was ejected by a park patrol because it was closed to the public due to the coronavirus pandemic. Brady, considered by many the greatest of all time (GOAT) among NFL signal callers, received an apology from Castor.

"Tom, my apologies for the miscommunication when you arrived -- not the best first impression," she said on Twitter.

"But given my law enforcement background, I couldn't help but have someone investigate the sighting of a G.O.A.T. running wild in one of our beautiful city parks.

The mayor also welcomed tight end Rob Gronkowski, who came out of retirement to join former New England teammate Brady on the Buccaneers, saying both should be ready to party "but not too hard (I'm talking to you Gronk)".

Castor dropped in a postscript aimed at Brady's application for trademarks on the terms "Tompa Bay" and "Tampa Brady" following his move to Florida.

The Bucs, who have had only one winning season since 2010, haven't won a playoff game since capturing their only Super Bowl crown in 2003.

But this year's NFL championship spectacle will be staged in Tampa at the Buccaneers' home stadium and the Bucs could become the first team to win a Super Bowl on their home turf.