South Asian Games: India secured its best medal haul on a single day so far in the competition to lead the medal tally with 58 gold, 41 silver and 19 bronze for a total of 118 medals. 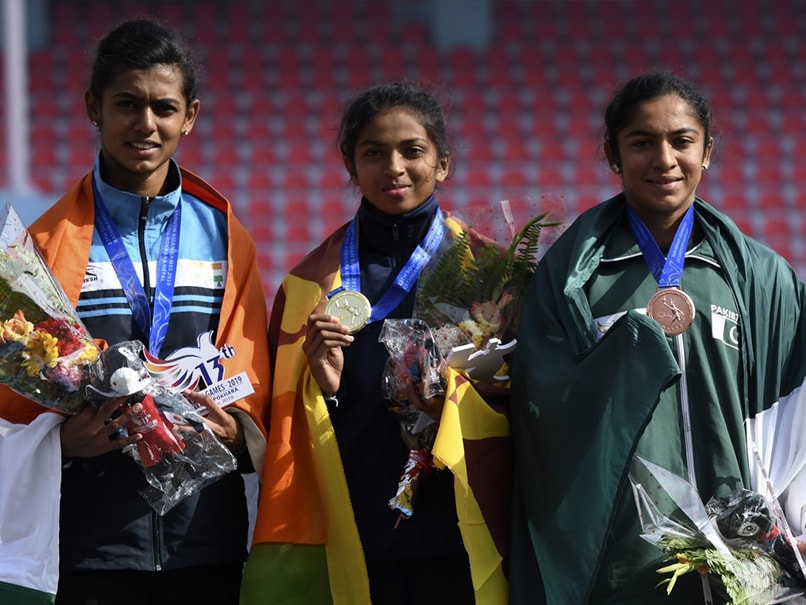 Led by strong performances by wushu players and swimmers, India breached the 100-medal mark by winning a whopping 50 medals on the fourth day of competitions to consolidate its top position in the South Asian Games in Kathmandu, Nepal on Thursday. India secured its best medal haul on a single day so far in the Games to lead the medal tally with 58 gold, 41 silver and 19 bronze for a total of 118 medals to leave hosts Nepal far behind in the second spot.

India added 26 gold, 18 silver and 6 bronze on Thursday. The bulk of India's medals came from swimming, wushu, weightlifting and athletics.

India's gold rush was triggered by wushu with as many as seven yellow metals coming from it.

Swimmingaccounted for the most medals for India on Thursday with 11, of which four were gold, six silver and one bronze.

India's second gold from swimming came from Apeksha Delyla Fernandes who won the men's 200m breaststroke (short course) with a time of 2:38.05.

Jhilli Dalabehera, who had fetched a silver in the Asian Weightlifting Championship earlier this year, lifted a total of 151 kg (66kg in snatch and 85kg in clean & jerk) to win the yellow metal in women's under 45 kg category.

In the women's under 49kg event, Sneha Soren bagged the top honours. The 18-year-old lifted 68kg in the snatch and followed it up by an 89kg effort in the clean and jerk category for a total of 157kg.

In the women's 55kg event, Commonwealth Championship gold medallist Sorokhaibam Bindyarani Devi emerged victorious. The Manipuri lifted a total of 181kg to grab the top spot on the podium.

India's fourth weightlifting gold of the day came from Siddhant Gogoi in the men's 61 kg category for his effort of 264 kg.

India's participation in the taekwondo discipline in the SAG was allowed at the eleventh hour after intervention from the International Olympic Committee.

Track and field athletes had a relatively quieter day after leading from the front in the past two days as they pocketed six medals, including one gold, on Thursday.

Triple jumper Karthik Unnikrishnan was the lone gold winner in athletics as he cleared a distance of 16.47m while compatriot Mohammed Salahuddin jumped 16.16m to win the silver for a 1-2 finish for India.