Shortened MotoGP Season To Start On July 19 At Jerez

The British race at Silverstone, the German Grand Prix at the Sachsenring and races in Japan, Australia, Finland and the Netherlands were all scrapped. 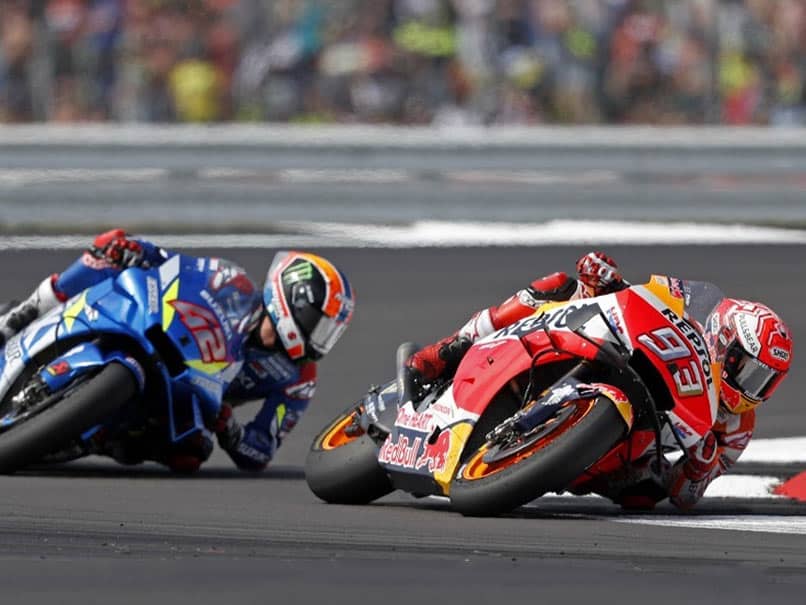 The 2020 MotoGP season will start on July 19 in Spain following the coronavirus lockdown.© AFP

The 2020 MotoGP season will start on July 19 in Spain following the coronavirus lockdown, with back-to-back races to be held at the Jerez circuit, organisers announced on Thursday. There will be a minimum of 13 races in the season, all in Europe between July and November, with "possibly four more" outside the continent later in the year. Whether or not fans can attend races will depend on each host country's coronavirus regulations.

"All dates, events and the eventual attendance of spectators are subject to the evolution of the pandemic and the approval of the corresponding governments and authorities," MotoGP said in a statement.

On Wednesday, the Italian Grand Prix at Mugello had become the eighth race of the season to be cancelled due to the COVID-19 outbreak.

The season was originally scheduled to start on March 8 in Qatar, but only the Moto2 and Moto3 events were raced.

The British race at Silverstone, the German Grand Prix at the Sachsenring and races in Japan, Australia, Finland and the Netherlands were all scrapped.

MotoGP organisers Dorna had been waiting for the Spanish government to give the green light for the races in Jerez to go ahead before releasing the revised schedule.

Spain will host seven races in total, with the Catalunya Grand Prix to go ahead in Barcelona on September 27, while double-headers are also booked in at Aragon and in Valencia for October and November respectively.

The Czech Grand Prix will be the third race of the campaign on August 9, before two races at Austria's Red Bull Ring and two more in Italy, at the track used for the San Marino Grand Prix.

Le Mans will host the French Grand Prix on October 11.

Possible races in the United States, Thailand, Argentina and Malaysia will be confirmed by July 31.

"We (want) to finish the season by December 13... so we need to decide which of the races we will have outside Europe," said Dorna CEO Carmelo Ezpeleta.

"We need to wait because as we've commented before, to do the races outside Europe it's necessary to do it with spectators.

"We are waiting to see the development of health measures in other countries, in the States, Argentina, Malaysia and Thailand, and then we will see what is possible to include in the calendar."

Spanish star Marc Marquez will be bidding for his fifth straight top-class title and seventh in total.

"Revised 2020 calendar! Eager to come back to the circuits and start the action!" said Marquez on social media.

The Moto 2 and Moto 3 seasons will resume with the same calendar, while there will be seven MotoE races, including in France for the first time.