Cyclist Georg Preidler said he "couldn't live with this secret any longer" and had handed himself in to police in the city of Graz. 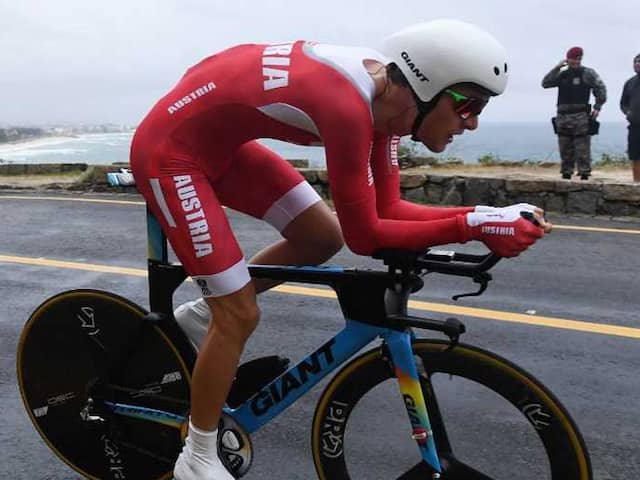 Georg Preidler insisted his professional successes -- such as at the Giro d'Italia -- had been "clean".© AFP

A second Austrian cyclist has admitted to doping after six athletes were arrested last week in a probe into an international doping ring, Austrian media reported on Monday. Five skiers and another cyclist have already been held as part of investigation into an alleged doping ring based in Germany and led by a 40-year-old sports doctor named as 'Mark S'. Cyclist Georg Preidler told the Kronen newspaper that he "couldn't live with this secret any longer" and had handed himself in to police in the city of Graz.

"The past few days have been a nightmare. I didn't know if I would get found out. I didn't know whether this doping doctor had concealed everything," Preidler said.

He said that he had been sought out by the doping ring and had only started doping "recently", insisting that his professional successes -- such as at the Giro d'Italia -- had been "clean".

"It was the biggest mistake of my life," he added.

On Sunday prosecutors announced that another cyclist -- named in Austrian media as Stefan Denifl -- had admitted to doping offences.

Some of the raids last week centered on the Austrian resort of Seefeld, where the Nordic skiing world championships were being held.

Footage later posted on social media showed Hauke apparently caught red-handed with a needle in his arm during the police raid with an officer looking on.