Rugby World Cup: England, ranked 2nd in the world behind New Zealand, revel in the status of underdogs as they aim to "knock off" the all-conquering Kiwis. 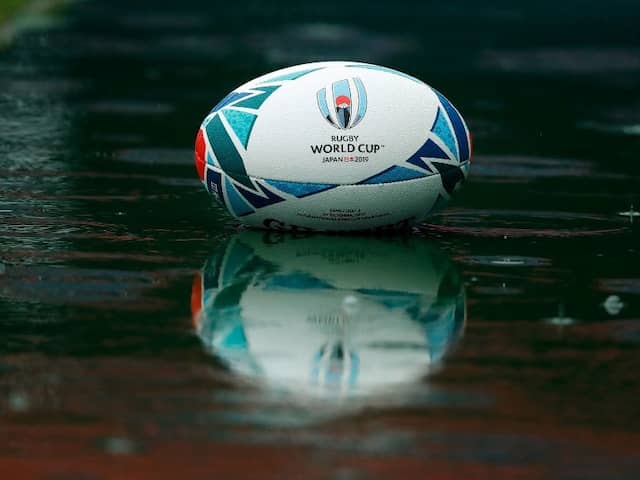 Reigning champions New Zealand and England clash in a heavyweight Rugby World Cup semi-final on Saturday after a build-up marked by spying claims and a game of tactical cat-and-mouse. The All Blacks are defending a record 18-match World Cup winning streak dating back 12 years as they look to cement the legacy of departing coach Steve Hansen with their third straight title, and fourth overall. England, ranked second in the world behind New Zealand, revel in the status of underdogs as they aim to "knock off" the all-conquering Kiwis, in the words of their coach Eddie Jones.

But the 2003 champions and two-time runners-up have blossomed into a fearsome unit under the wise-cracking Australian, who knows what it takes to spring an upset at the World Cup.

In 2003, Jones's Wallabies team mugged New Zealand -- then under John Mitchell, England's current defence coach -- in the semi-finals, before narrowly losing the final to Clive Woodward's English side.

And at the last World Cup in 2015, he masterminded Japan's titanic 34-32 shock of South Africa, considered the greatest upset in World Cup history.

The prize for both teams is a final next Saturday at the same venue, the International Stadium Yokohama -- where Ronaldo scored twice to win the 2002 football World Cup for Brazil -- against South Africa or Wales, who play on Sunday.

Jones also shuffled his pack when he recalled fly-half George Ford, benched for the 40-16 quarter-final win over Australia, to resume the double playmaker combination with captain Owen Farrell who shifts to inside centre.

It sets the stage for what promises to be an absorbing contest, mixing attacking guile and counter-punching with bone-jarring defence, in arguably the most anticipated game of the tournament so far.

From Spygate to 'clickbait'

Jones lit the touchpaper for some verbal fireworks when he claimed a spy had been seen filming an England training session -- before the suggestion was snuffed out by Hansen.

"Eddie and I both know it's all fair in love and war," smiled the former policeman, who has suffered defeat in only nine of his 105 games in charge.

"And Eddie knows that in a time of war you throw out a bit of distraction for you guys (media) to deal with. It's the best clickbait in the world: someone is spying on us."

The teams have met 41 times since their first encounter in 1905, the All Blacks dominating the fixture with 33 wins to England's seven and one draw.

New Zealand have won all three of their World Cup matches against England, including the 1995 semi-final when the late Jonah Lomu memorably flattened Tony Underwood and Mike Catt on his way to the try-line in the All Blacks' 45-29 win.

But the All Blacks won by just a point when they last met, in London a year ago, and several of the England players were involved in the drawn British and Irish Lions tour of New Zealand in 2017.

The two nations have already played out one classic sports encounter this year: the nerve-shredding Cricket World Cup final in July, which England won on a boundary count-back after the scores were tied at the end of the match and after a super over.

Neither coach will want that kind of a rollercoaster but even the unflappable Hansen acknowledged the excitement felt on both sides.

"Let's hope the game lives up to the expectation that both teams will have, and is one for the ages," he said.