Victory moves Ronnie O'Sullivan to within one of equalling the modern day record of seven world crowns held by Scotsman Stephen Hendry. 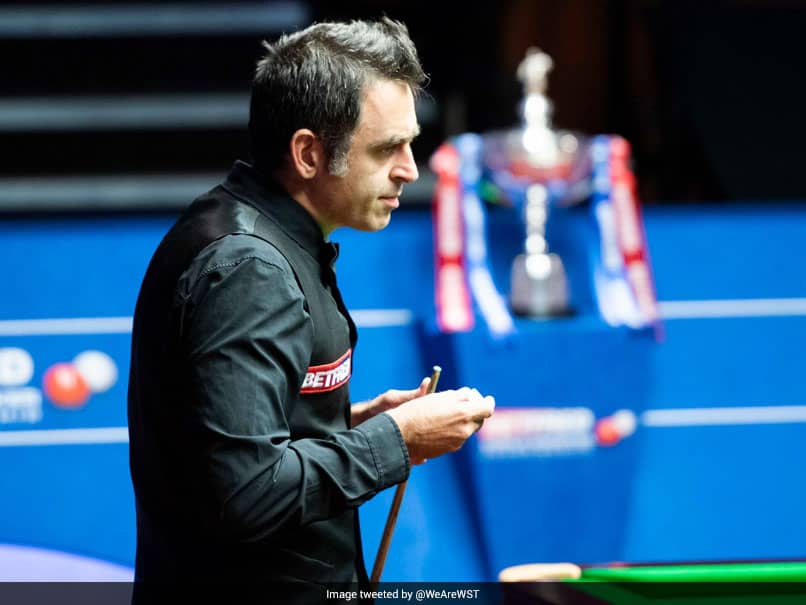 Ronnie O'Sullivan eased to his sixth snooker world title on Sunday, and first since 2013.© Twitter

Ronnie O'Sullivan eased to his sixth snooker world title on Sunday, and first since 2013, defeating fellow Englishman Kyren Wilson 18-8 in the best-of-35 frames final. The 44-year-old wasted little time in securing the one frame he required after a dominant afternoon session in which he won seven of the eight frames. Around 300 fans were able to watch at the Crucible in Sheffield due to the British Government reviving their pilot scheme to allow spectators into selected sporting events provided they were socially distanced due to the coronavirus pandemic.

Victory moves the enigmatic Englishman to within one of equalling the modern day record of seven world crowns held by Scotsman Stephen Hendry.

Ronnie O'Sullivan, who reached his first world semi-final back in 1996, set a new record for victories in ranking tournaments of 37.

The Englishman, whose recent record had been poor by his standards, failing to reach the semi-finals since losing to Mark Selby in the 2014 final, said he thought he had "half a chance but never expected to win".

"Any world title you win has to be up there," he told the BBC.

"To be here and have had all those victories is a dream that has become a reality."

O'Sullivan said he had never believed he could win such a marathon event -- his first world title came in 2001.

"There was part of me that decided I didn't play enough to justify winning a tournament of this stature which is an endurance test," he said.

"I am not really an endurance type player because I don't compete enough."

As for Hendry's record he said he had to keep focussed which has been a problem in recent years.

"My mind can wander sometimes and I then get a bit of taste for it and think 'come on let's see if you have still got it'".

Despite his habit of saying he is losing interest in the sport and does not enjoy playing lower ranked players fellow six-time champion Steve Davis believes he can remain at the top for a while to come.

"He's still there at the top and I'm sure he's capable of going even further," Davis told the BBC.

"Certainly into his 50s, should he so wish."

Wilson said he regretted the session on Saturday evening, when he pulled to within three frames, had not gone on longer.

However, he admitted he had wilted completely in Sunday afternoon's session as his hopes of winning the title in his first world final evaporated.

"I am not going to beat myself up too much I am playing the greatest of all time," the 28-year-old told the BBC.

"It was a dream come true knowing I was playing Ronnie in the final.

"You can't respect him too much or he'll walk right over me, which is what happened today.

"I am a fighter, I always will be. I really struggled in the first session and I just relaxed and let the shackles off.

"I'm just annoyed they would not let me play the whole match last night."

O'Sullivan had words of encouragement for Wilson despite having a negative overall opinion of young players.

"I just want to say for Kyren, he is a top player who is improving all the time," said O'Sullivan.

"He fell off the tour but he was always going to get back on.

"When you have that desire, hunger and belief in your ability you might have to work in a bar for a bit, you might have to do bits and pieces but deep down that fire is burning bright and you will get there in the end.

"He will win this tournament one day. He is a country mile better than anyone else around his age."