Ronnie O'Sullivan said playing in front of an empty auditorium at the world snooker championship was an unrewarding experience. 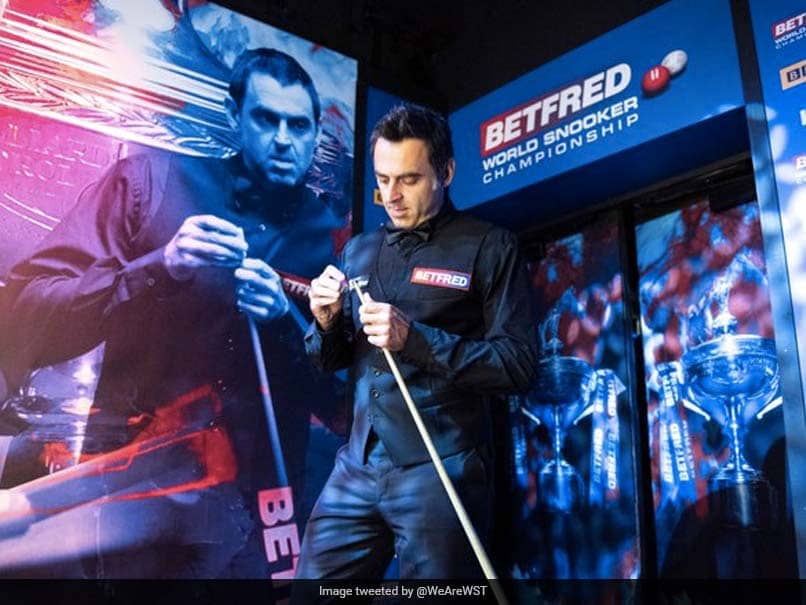 Five-time champion Ronnie O'Sullivan ended Chinese star Ding Junhui's world snooker championship dream on Sunday at a Crucible Theatre venue he described as a "morgue" due to the ban on spectators. The mercurial 44-year-old Englishman won an enthralling high-quality second-round encounter 13-10 to set up a quarter-final clash with three-time champion Mark Williams. O'Sullivan -- who will be bidding for a first semi-final appearance since losing to Mark Selby in the 2014 final -- said playing in front of an empty auditorium was an unrewarding experience.

There were meant to be 300 fans allowed in for each session but the pilot scheme was cancelled by the government on the first day of the championships because of new concerns over the coronavirus.

"It is better with the fans, of course it is," O'Sullivan told the BBC.

"It is like playing in a morgue out there. It feels like a village at the moment, the players are much more relaxed, for the top players it can be a nightmare."

O'Sullivan admitted he needed to pull himself together as he battled to focus properly.

"I am just glad I found a way to try and compete with my mind out there," he said.

"For a while I have been going out and slapping the ball about having fun, not caring if I won or lost.

"Deep down I do care but treat it like a bit of fun."

'Don't really get on'

The 38-year-old made short work of Hawkins in their final session having begun it locked at 8-8.

He won five of the six frames to clinch a place in the quarter-finals for the eighth time.

Selby will be a formidable opponent but, with three titles this season, world number two Robertson will not be lacking in confidence as he seeks to reach his first world final since his stunning success a decade ago.

Selby won their only previous meeting in the championships, getting the better of 'The Thunder from Down Under' 17-15 in the 2014 semi-finals.

Robertson said he had few concerns about facing Selby as his "expectations are very high" for the tournament.

"The table is playing very heavy, it is very humid out there and it does not feel like playing at Sheffield.

"It feels like playing in Asia and it is tough to screw the ball back."

Their clash looks sure to be a feisty affair with Trump saying last year the pair "don't speak" and "don't really get on".

The quarter-final line-up was completed when Anthony McGill booked his first appearance in the last eight since 2015 after a tense 13-12 win over fellow qualifier Jamie Clarke.

The pair had been involved in a furious exchange on Saturday when McGill accused the Welshman of deliberately standing in his line of sight.

Scotland's McGill prevailed via a snooker behind the brown after both players had missed good chances to seal the nervous final-frame decider and will play Norwegian Kurt Maflin for a place in the semi-finals.