The B-sample of Russian curler Alexander Krushelnitsky has tested positive for meldonium, a spokesman for the Olympic Athletes from Russia team Konstantin Vybornov said on Tuesday. 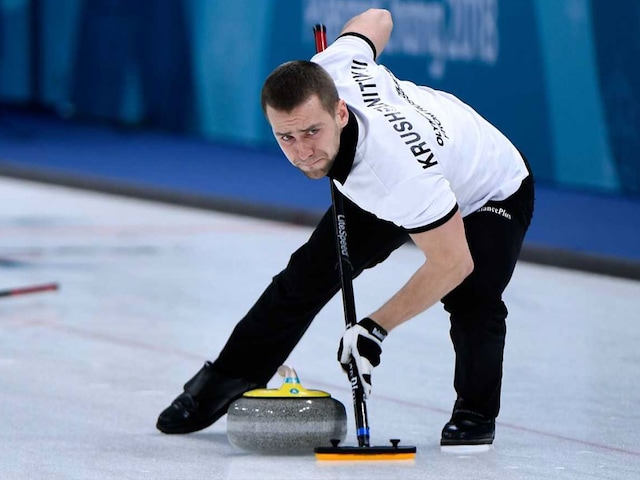 The B-sample of Russian curler Alexander Krushelnitsky has tested positive for meldonium, a spokesman for the Olympic Athletes from Russia team Konstantin Vybornov said on Tuesday. The sample was opened and tested on Monday. "The sample tested positive for meldonium, confirming the presence of the banned substance in his body," Vybornov said, reports Tass news agency. The Russian Olympic Committee will launch a thorough investigation into all circumstances of the incident, which will be conducted in the framework of Russia's criminal code to "establish all details".

The delegation of the team of Olympic Athletes from Russia (OAR) denies that Krushelnitsky could have been taking meldonium knowingly or systematically, Vybornov said in a statement.

"The samples taken from Alexander Krushelnitsky prior to the Olympic Games, on January 22, as well as the preceding samples, tested negative. Thus, the fact of a conscious or systematic use of the banned substance is not confirmed," says the statement.

Meanwhile, the Court of Arbitration for Sport (CAS)'s hearing on the case has been tentatively scheduled for Thursday, Russian Curling Federation President Dmitry Svishchev said.

"Today, practically all members of the Russian Curling Federation are flying to PyeongChang to attend the CAS session, which is tentatively scheduled for Thursday," Svishchev said,

"I do not rule out, however, that it could be held tomorrow, so we want to fly to PyeongChang in advance. Team leader Tatiana Kharchenko and I are flying (to South Korea), while all the rest are waiting for us there. We cannot leave these guys all alone in this situation."