This Cost Me The Bronze At 1984 Olympics, Claims PT Usha

PT Usha had missed out on the bronze medal at 1984 Los Angeles Olympics by one-hundredth of a second. 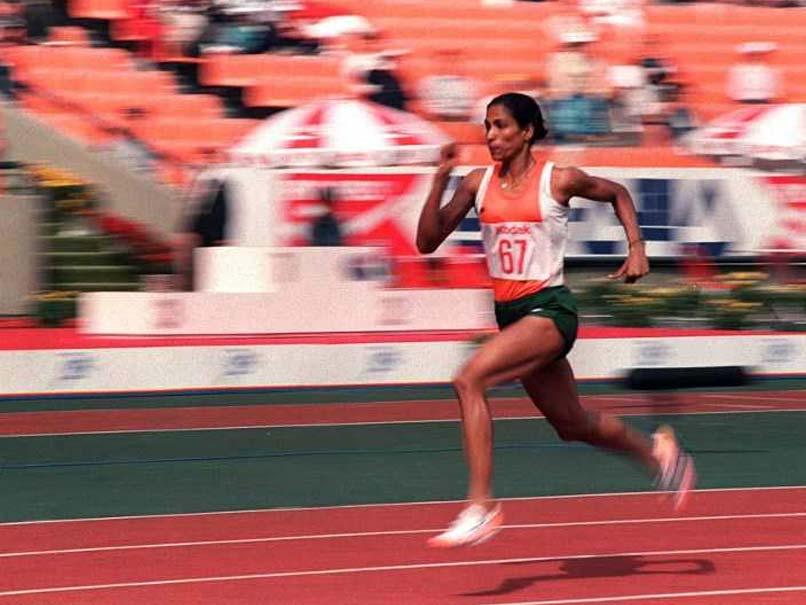 India's track superstar PT Usha recalls that during the Los Angeles Olympics of 1984, where she missed a medal by one-hundredth of a second, she was forced to eat just rice porridge with pickle at the Games Village. That food without any nutrition supplement had cost her the bronze, she claims. "That definitely affected my performance in the last 35 metres of my event since I couldn't sustain the energy level," she said. In that epic 400m hurdles final, Usha and Cristieana Cojocaru of Romania crossed the finish line at almost the same time but the latter prevailed as she went for the decisive lunge.

PT Usha said that the Indian athletes used to be envious of the amenities at the disposal of athletes from other countries.

"We would jealously look at the athletes from other countries enjoying fabulous amenities; they had the latest equipment at their disposal. We wondered if we too would one day have access to such facilities," she was quoted as saying in an interview in the latest edition of the Equator Line magazine.

She went on to say that for days at the Games Village, she was forced to eat rice porridge with pickle.

"I remember it - the pickle we in Kerala call 'kadu manga achar'. That and some sliced fruit. I was not accustomed to baked potatoes or half-boiled chicken with soya sauce and some other typical American food.

"No one had told us that in LA we would get only American food. I had no choice but to eat rice porridge without any nutrition supplement, and that definitely affected my performance in the last 35 metres of my event since I couldn't sustain the energy level," she added.

On that unforgettable race of 1984, Usha says, "It was a perfect start for me. As planned, I tried to cross the first hurdles of 45 metres in 6.2 secs and kept the rhythm and maintained that level of speed and endurance... But in the last 35 metres, I couldn't sustain my energy at a consistent level."

PT Usha said she now wants to fulfill her dream of seeing an Indian sprinter standing on the Olympic podium.

"Now my life is completely focused on that goal with the start of Usha School of Athletics. The school seeks to give the budding athletes things I was denied as an athlete. Eighteen girls are training here as boarders," she said.

Comments
Topics mentioned in this article
Athletics Other Sports
Get the latest updates on ICC T20 Worldcup 2022, check out the Schedule and Live Score. Like us on Facebook or follow us on Twitter for more sports updates. You can also download the NDTV Cricket app for Android or iOS.