Athletes from 27 states and Union Territories are competing in the Khelo India Winter Games which will conclude on March 2. 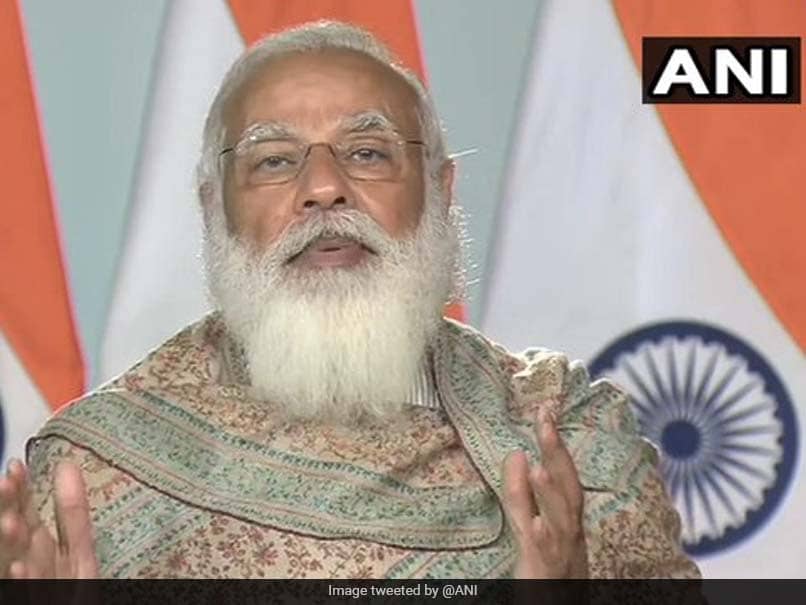 PM Narendra Modi said that the event is a step towards making Jammu and Kashmir a hub of winter sports.© Twitter

Prime Minister Narendra Modi on Friday inaugurated the second Khelo India Winter Games in Gulmarg and said that the event is a step towards making Jammu and Kashmir a hub of winter sports.  Athletes from 27 states and Union Territories are competing in the Games which will conclude on March 2. "This is a step towards making India's presence felt in the international winter games arena and also make Jammu and Kashmir a hub of winter sports," he said in a virtual address. "These games in Gulmarg show that Jammu and Kashmir is eager to reach new heights of peace and development. These Games will strengthen the resolve for 'Ek Bharat, Shreshth Bharat'.

"I am told the participation has doubled this year and it is a reflection of the inclination towards winter sports in the country," he added.

The disciplines to be competed the Games include alpine skiing, nordic ski, snowboarding, ski mountaineering, ice hockey, and ice skating among others.

"When you show your talent in Khelo India-Winter Games, remember that you are not just a part of a sport, but you are also the brand ambassador of a self-reliant India," the PM said addressing the 1200 participants who have converged at the picturesque Gulmarg.

"The world evaluates India through what you do on the field," he added.

The Games are being organised by the sports ministry and the Winter Games Association of Jammu and Kashmir.

"The two Khelo India centre of excellence in Jammu and Srinagar and Khelo India centres in 20 districts are great facilities for the young players. Such centres are being opened all over the world," the PM stated.