Kiren Rijiju has made his disappointment known after the World Anti-Doping Agency (WADA) suspended the NDTL for six months starting August 20. 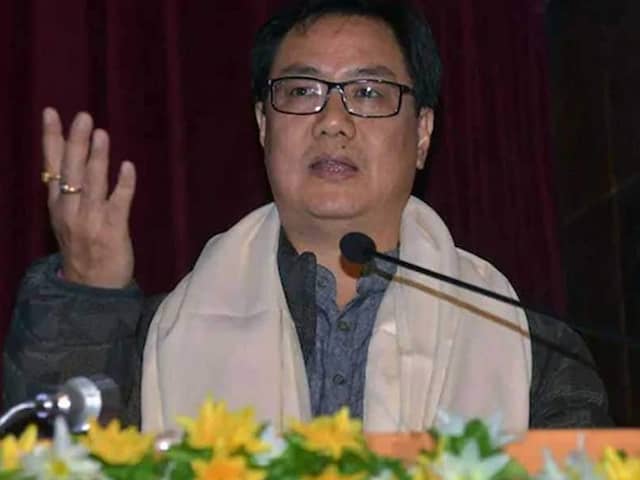 Union Sports Minister Kiren Rijiju has made his disappointment known after the World Anti-Doping Agency (WADA) suspended the National Dope Testing Laboratory (NDTL) for six months starting August 20. Speaking on the situation, Rijiju said: "There were some issues in the past. After taking over as Sports Minister, I have taken cognizance of those issues and a course correction has been initiated. It is disheartening that despite these efforts, WADA has taken this stance. We will appeal against this ban and the process of appeal is already underway."

The development comes as a big blow and WADA has made it clear that the lab is to be blamed for the suspension.

"This suspension has been imposed due to non-conformities with the International Standard for Laboratories (ISL) as identified during a WADA site visit," the world agency said in a press release.

"The suspension, which took effect on 20 August 2019, prohibits the NDTL from carrying out any anti-doping activities, including all analyses of urine and blood samples.

"During the period of suspension, samples that have not yet been analysed by the NDTL; samples currently undergoing a confirmation procedure; and any samples for which an Adverse Analytical Finding has been reported, must be securely transported to another WADA-accredited laboratory," WADA said in its release on Thursday.

WADA also clarified that the NDTL can appeal the decision in the Court of Arbitration for Sports (CAS) "within 21 days of receipt of notice".

The agency has advised the NDTL to address all non-conformities during the period of suspension and if WADA's Laboratory Expert Group (LabEG), which initiated the disciplinary proceedings, is satisfied by the work done, "it may apply for reinstatement prior to the expiry of the six-month suspension period."

Interestingly, Indian Olympic Association (IOA) chief Narinder Batra has blamed NADA for the mess, as per reports in the media.