Sports Minister Kiren Rijiju stated that India has huge potential where sports is concerned but potential alone has no meaning unless utilised and channelised in the right way. 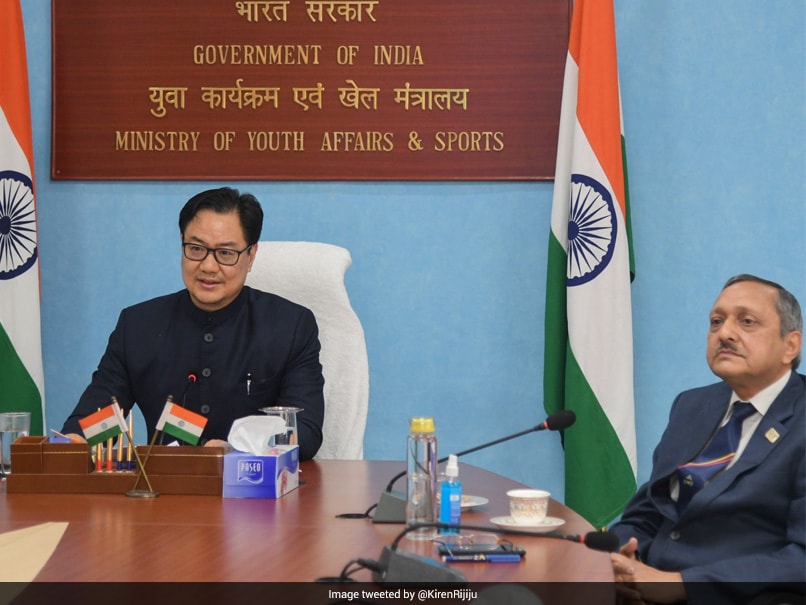 Kiren Rijiju urged everyone to come together with the government in helping to promote sports.© Twitter

Union Minister of Youth Affairs and Sports Kiren Rijiju on Tuesday said that the government has made various policy changes and has taken initiatives to encourage and support sportspersons and the sporting community even after they retire. Addressing the 10th Global Sports Summit, TURF 2020, organised by FICCI, Rijiju said, "We are also starting 1000 Khelo India small centres across the country that will help retired sportspersons get employment or some role in shaping the sports culture of the country."

"When a sportsperson suffers, it discourages generations. The government is also ensuring that the prize money, financial support from the government reaches the athletes and the designated beneficiaries uninterrupted."

The Sports Minister noted that India has huge potential where sports is concerned but potential alone has no meaning unless utilised and channelised in the right way.

He urged the industry, business, and corporate houses to come together with the government in helping create a sporting obsessive society.

"There is no lack in terms of government support, but we are not a sporting country. The government's efforts alone are never enough. It is the people''s efforts, people''s participation that will define the success of sports," the Sports Minister said.

"Even if two per cent of India's population watches one sport, whether in stadiums or on the television, it will make the game popular and will bring in the money for its development. We must ensure that sport becomes a big industry in India. It can be a huge contributor to the country''s economy," Rijiju opined.

Further, the Sports Minister said that the Khelo India and the Fit India movements are going on strongly.

"Even during the pandemic, we didn''t stop activities. Mechanisms using digital technologies were created in aiding athletes acquire knowledge and continue with their training," Rijiju said.

"I have set a target of putting India in the top-10 medal grossing nations in the Los Angeles 2028 Olympics. To this effort, we have initiated various policy changes," he added.

"A very good example of this is that in the last Rio Olympics, half of the women''s hockey team was from the state. This goes on to show that if one has a proper coach, is given the independence, proper infrastructure, and sporting facilities, he or she can do wonders," Scindia said.