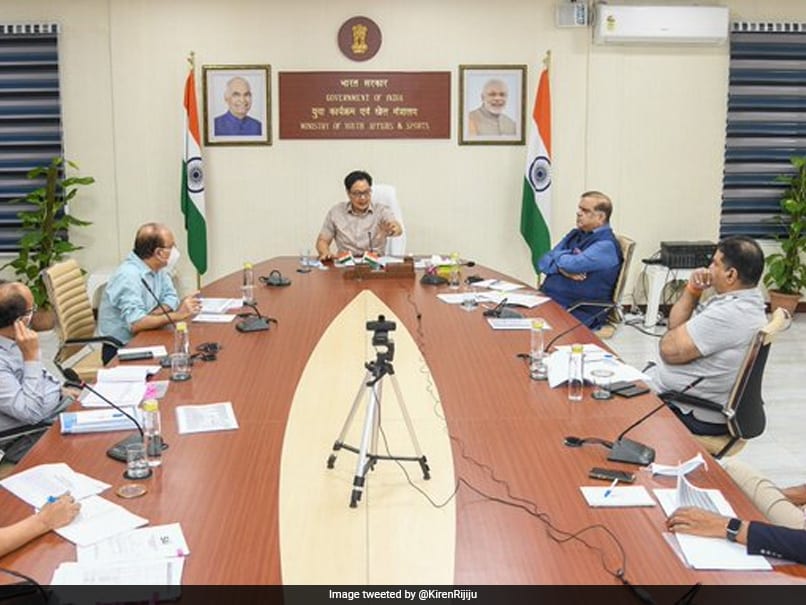 Kiren Rijiju, the Union Minister for Youth Affairs and Sports on Wednesday took a review meeting regarding India's preparation for the Tokyo Olympics. Along with Rijiju, officials from Indian Olympic Association (IOA), including President Narinder Batra were also a part of the review meeting. "Took a review meeting on India's preparation for Tokyo Olympics with the Indian Olympic Association and senior officials. Our preparation despite pandemic is well on course to give best possible performance," Rijiju tweeted. Tokyo Olympics was slated to be held this year, but the event was pushed to next year due to the coronavirus pandemic.

Earlier this year, Rijiju had said India's preparations have started for finishing under top-10 in the 2028 Olympics. The Sports Minister had revealed the long-term plans in an Instagram live session with table tennis player Manika Batra.

"The 2024 Games is a mid-term goal but the long term is 2028. When I became sports minister I had very limited talents, potential Olympic medalists," Rijiju said.

He further stated that in the 2024 Paris Olympics India will have the potential to bag maximum medals in the Quadrennial Games.

"In 2024, we will have a potential team, which can get us maximum medals. But in 2028 I've made my mind very clear we have to be in top-10. And I'm not saying just like that. Our preparation has started," he said.