The third Indian in WWE, Kavita Devi sent Twitter into a tizzy. 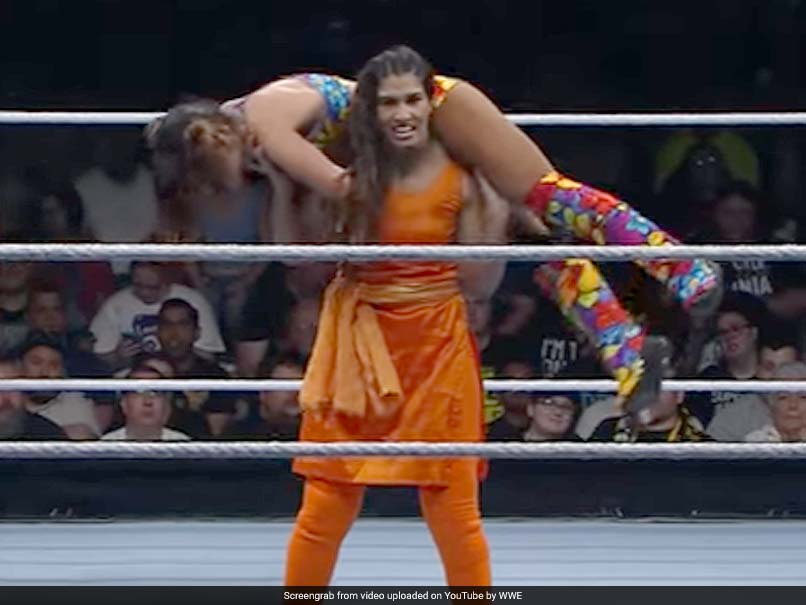 The 'Great Khali' became the first Indian to make an impact in the World Wrestling Entertainment (WWE) Universe, grabbing eyeballs of fans from around the world. Jinder Mahal then sent shockwaves across the pro wrestling world when he clinched the WWE Championship after beating Randy Orton at pay-per-view event Backlash in May 2017. Mahal, who is a Canadian national, became the second wrestler of Indian descent after Khali to win a world heavyweight championship. Now, it's the turn of Kavita Devi.

Clad in an orange salwar-kameez and a dupatta tied across her waist, Kavita Devi made history by becoming the first Indian woman wrestler to participate in a WWE event. Last month, the wrestler from Haryana took on New Zealand's Dakota Kai at the Mae Young Classic tournament.

A video posted by the official WWE YouTube channel on August 31 has gone viral, garnering over 3 million views.

She might not have won the match but her skills and personality were sure-shot hits across all social media platforms.

Twitter, in particular, went bonkers and celebrated the entrance of another Indian in the WWE Universe.

#KavitaDevi did not just wow us with her wrestling prowess, she won us over with her simplicity. #WrestlingInAKurti #WomanPower

@DummyYeahYeah Kavita Devi from the #MaeYoungClassic; imagine her up there with Jinder and the Singhs pic.twitter.com/xQKqoCeb9L

Kavita Devi seems like a nice person. I anticipate Vince will have her show up on SD as Jinder's story-line wife or something Yes I am jaded

Kavita Devi is here...and we #indians are proud that female wrestler is there in @WWE Thankqqq @WWEIndia

Kavita Devi was one off 32 competitors to take part in the tournament. The tournament broadcast team included a trio of WWE Hall of Famers: Jim Ross, Lita and Alundra Blayze.