Indian Olympic Association president Narinder Batra said a decision on the boycott proposal made in July will be taken by the IOA Executive Committee and the General Assembly, which is expected to meet next month. 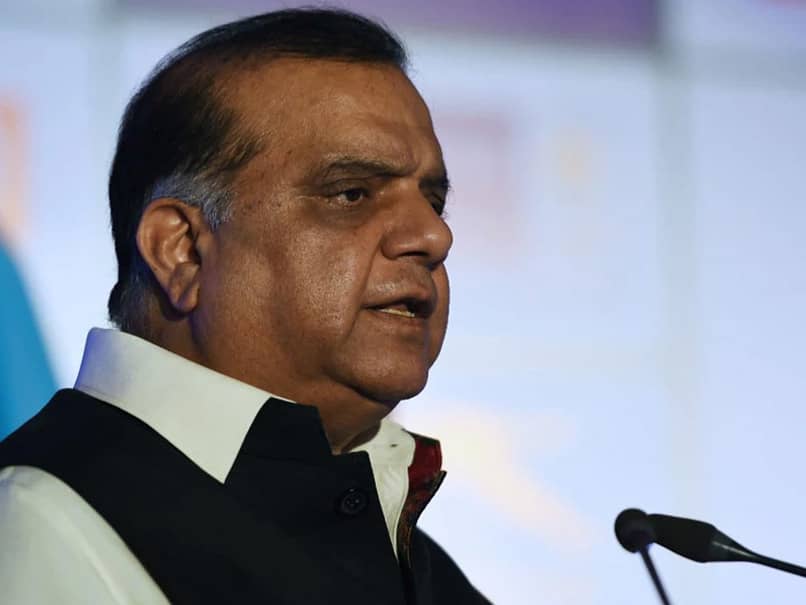 IOA gave hints that the IOA may have a rethink on the boycott proposal.© AFP

The Indian Olympic Association president Narinder Batra on Thursday said that its proposal to boycott the 2022 Commonwealth Games in protest against shooting's exclusion still stands, but gave hints that there could be a rethink on the decision. Following a meeting with the visiting Commonwealth Games Federation President Louise Martin and CEO David Grevemberg, Batra said a decision on the boycott proposal made in July will be taken by the IOA Executive Committee and the General Assembly, which is expected to meet next month.

"The term boycott I had used was not appropriate. It should have been withdrawal. It was a successful and fruitful meeting (with the CGF delegation) but the proposal of withdrawal from 2022 CWG still stands," Batra said in a press conference, addressed along with Martin, Grevemberg and IOA Secretary General Rajeev Mehta.

"We made the proposal (of boycott) nearly six months back. Now, we will take into consideration the discussions we had today with the CGF officials. We will go back to our Executive Committee and then to the General Assembly and take a decision," the IOA chief said.

Giving hints that the IOA may have a rethink on the boycott proposal, Batra said, "In the proposal to have a Commonwealth Shooting Championships in 2022 around the Birmingham Games, we have proposed to include the medal count India gets in shooting (in Commonwealth Championships) in the medal tally of the 2022 CWG.

"They (the CGF officials) have not given any commitment on this proposal," he added.

Grevemberg, on his part, said the CGF was "hopeful" of a rethink by the IOA but said it was prerogative of India whether to boycott the 2022 Games or not.

Asked if he and Martin got a sense from the meetings on Thursday that IOA may have a rethink on its boycott proposal, Grevemberg said, "We are constructively hopeful of that. But in the end it is for the IOA to take a decision. We respect IOA's decision, it is all about mutual respect and trying to find a solution by going together."

The CGF CEO said that he and Martin did not discuss much about the IOA boycott proposal during their meeting with Sports Minister Kiren Rijiju earlier in the day.

The IOA and CGF later issued a joint statement, saying that the two sides "agreed to work closely to help strengthen India's voice and presence across the Commonwealth Sport Movement".

"The CGF appreciates the concerns expressed by India about the non-inclusion of shooting as a competitive event at Birmingham 2022 and we are committed to working together for finding a solution to this," the joint statement said.

"Following our discussions, the CGF are increasingly hopeful that the athletes of India will compete at the Birmingham 2022 Commonwealth Games. We acknowledge and respect that this decision will ultimately be taken by the sports community of India."

Batra also said during the press conference that there was discussion towards bringing back shooting among core sports before 2026 and 2030 CWG, which will make it a compulsory sport in the Games roster. This will need an amendment in the constitution of the CGF.

"Today we also discussed about shooting coming back in 2026 and 2030 CWG and how it can be included in these Games (by making it a core sport)," he said.

Asked about any discussion to include shooting in the core programme of the CWG through an amendment of CGF constitution, Grevemberg said, "It will be a collective decision of 71 Commonwealth countries. They will a decision on that.

"There will be a review of the core sports programme in two years' time from now and we will see which sports are to included. Shooting can be one of them."

He also said that both CGF and IOA will have to engage with international shooting federation (ISSF) to popularise the costly sport in other Commonwealth nations, which will help bring it in the core programme of CWG.

For the first time since 1974, shooting has been excluded from the Commonwealth Games roster due to logistical issues. However, CGF has maintained that shooting has never been a compulsory sport in the Games.

Shooting has been India's top sport in the Commonwealth Games in terms of medals and its exclusion has not gone down well with the IOA. Batra said the IOA had also proposed the CGF officials to rework the window of hosting Commonwealth Games to give a longer gap from the Asian Games.

"We have proposed the staging of CWG in such a way to have enough gap with the Asian Games. It is very difficult for the Indian athletes to peak twice in a year within short time."

Martin, on her part, praised India for the legacy it produced regarding the 2010 CWG, saying it was "second to none".

"We visited the stadiums used during the 2010 CWG, visited venues for cycling, gymnastics, boxing and others were still operating nine years after the Games with full of athletes training. It is what legacy is all about, it has never happened in any country," the CGF chief said.

"I felt like 'wow, what a special legacy it is'. It is second to none, especially the free-of-charge access by the citizens to these training venues," said Martin.

The CGF officials will travel to Punjab on Friday and also meet Governor VP Singh Badnore before flying back home.