Magnus Carlsen became a GM when he was 13 years and 4 months old, while Anand, India's first ever GM, was 18 years old when he earned his third norm. 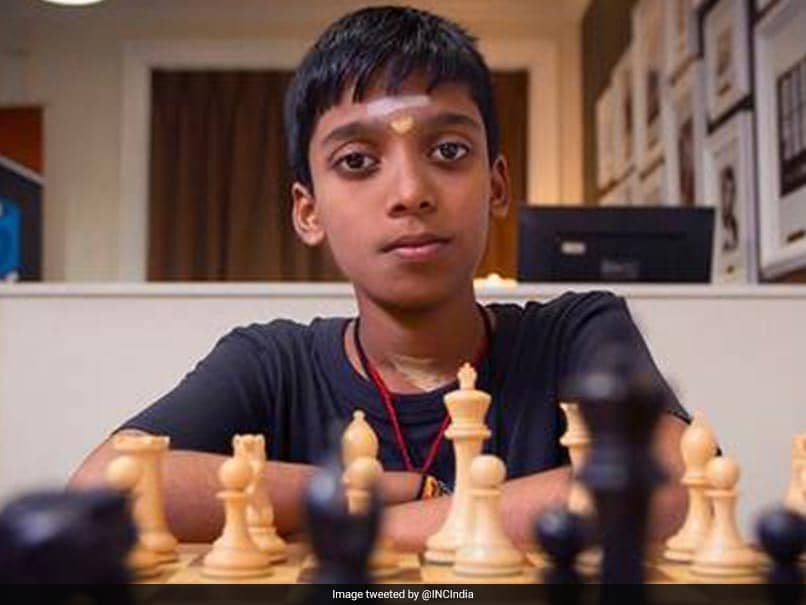 R Praggnanandhaa missed out on becoming the youngest ever by three months.© Twitter

Twelve years and ten months old, R Praggnanandhaa made history by becoming the youngest Indian Grandmaster and the second youngest overall by earning his third GM norm during the Gredine Open in Italy. After being paired with Dutch GM Roeland Pruijssers for the final round, Praggnanandhaa was assured of a third norm irrespective of the result of the match. He is placed joint-top on the table at the end of 8 rounds, with 6.5 points. To become a GM you need to earn three norms and a 2500 rating. He had won his first GM norm at the World Junior Championships in Tarvisio in November 2017. He achieved his second norm by winning the Herkalion Fischer Memorial GM Norm tournament in Greece in April this year.

Legendary Viswanathan Anand lauded Praggnanandhaa's feat and picked him out as a bright hope for the future. "What impresses me about Praggnanandhaa is that he's not just a strong player but mixes imaginative middle game play with patient endgame skills and is uncompromising in not settling for easy, quick draws," Anand was quoted as saying by ESPN India. "He's also shown a level of sophistication in handling tournament games. I think he will go far."

Welcome to the club & congrats Praggnanandhaa!! See u soon in chennai?

Magnus Carlsen became a GM when he was 13 years and 4 months old, while Anand, India's first ever GM, was 18 years old when he earned his third norm.