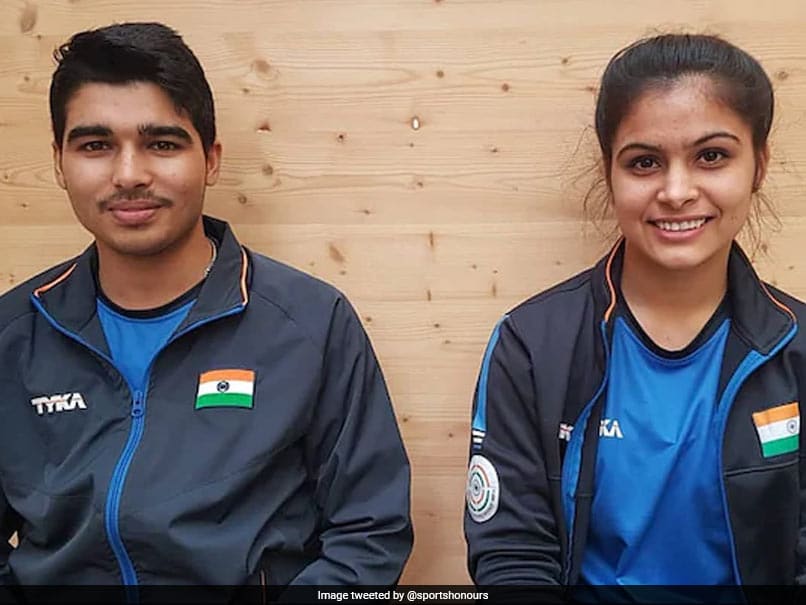 Saurabh Chaudhary shot a sizzling 590 in the 60-shot qualification round.© Twitter

Uttar Pradesh's Saurabh Chaudhary and Haryana's Manu Bhaker, aced the T1 Men's and Women's 10M Air Pistol trials respectively, at the Dr Karni Singh Shooting range in Delhi on Friday. In the ongoing National Shooting trials, both world number 4 Saurabh, and world number 2 Manu, topped their qualification rounds, before going on to win the finals as well. Saurabh shot a sizzling 590 in the 60-shot qualification round, before smashing the finals world record to register a stunning 246.9 to annihilate his opposition. North Korea's Kim Song Guk holds the finals world record with a score of 246.5.

Haryana's Manu on the other hand shot 580 in qualifying which was enough to give her the top spot. She then shot 239.3 to win the finals. Tamil Nadu's Shri Nivetha came second, while U.P.'s Neha came third.

Rahi had shot 36 out of a possible 50 in the finals, to outgun Madhya Pradesh's Chinki, who had ended on a score of 34. Among the 10 series of 5-shots each, Rahi had shot two perfect 5's and three series of 4's to clinch the match.