Will Take Legal Shelter Against Being Blackmailed, Says Dutee Chand

Dutee Chand, who holds 100m national record, became one of the few athletes in the world to openly admit being in a same-sex relationship. 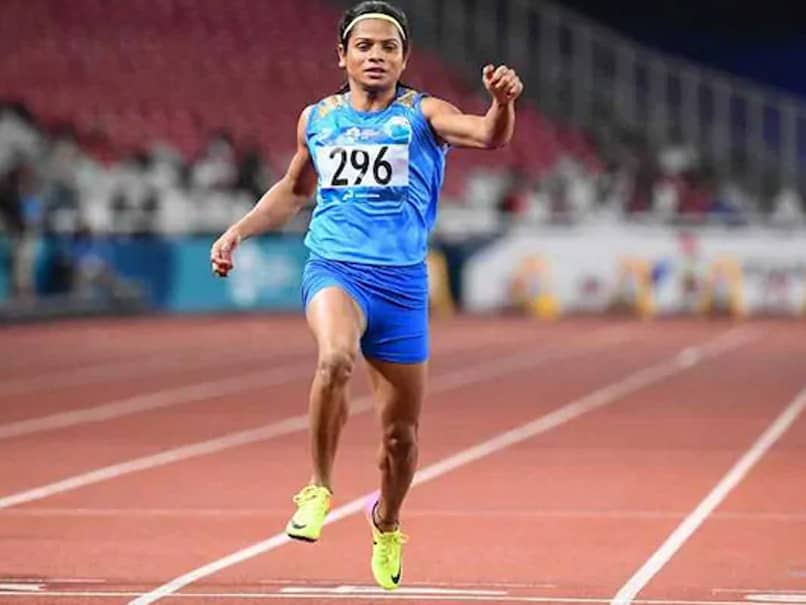 Dutee Chand's mother also did not approve her relationship.© AFP

India's fastest woman Dutee Chand on Tuesday said she will take legal shelter against people blackmailing and criticising her over revelation of being in a "same-sex" relationship. "I will take shelter of the law against persons and organisations," Dutee told reporters, alleging that some media organisations were on "overdrive" to harm her by intruding into her private life. The Asian Games silver medalist said she had kept the identity of her partner a secret, but still some channels had dug it out and revealed the name and picture. "One should not poke their nose into the private life of other persons," said Dutee.

Asked whether she will initiate legal action against her sister, whom she accused of "blackmailing" over the relationship, Dutee said, "The person may be my blood relation, but I will not spare anyone intruding into my privacy."

Dutee, 23, who holds 100m national record (11.24 seconds), became one of the few athletes in the world to openly admit being in a same-sex relationship.

Dutee's elder sister Saraswati said, "My sister is being misled by some people. She is not saying (the) right things."

Dutee's mother also did not approve her relationship.

Earlier, Dutee had said, "I am having a relationship with a 19-year-old woman from my village for the past five years. She is studying B.A. second year in a Bhubaneswar college. She is a relative of mine and whenever I come home, I spend time with her. She is a kind of soul-mate for me and I want to settle down with her in future."

Dutee came down heavily on her elder sister, saying, "She (elder sister) has thrown out my elder brother from home because she does not like his wife. She has threatened me that same will happen to me. But I am also an adult who has individual freedom. So, I decided to go ahead with this and make it public."

A landmark judgement of the Supreme Court last year had made same sex relationship between consenting adults a non criminal act though marriage between such individuals is still not legal in India.

Comments
Topics mentioned in this article
Athletics Other Sports
Get the latest updates on IPL 2020, check out the IPL Schedule for 2020 and Indian Premier League (IPL) Cricket live score . Like us on Facebook or follow us on Twitter for more sports updates. You can also download the NDTV Cricket app for Android or iOS.