India's Deputy chief national coach Radhakrishnan Nair said the decision would disappoint many Indian athletes who are yet to qualify for the Tokyo Olympics. 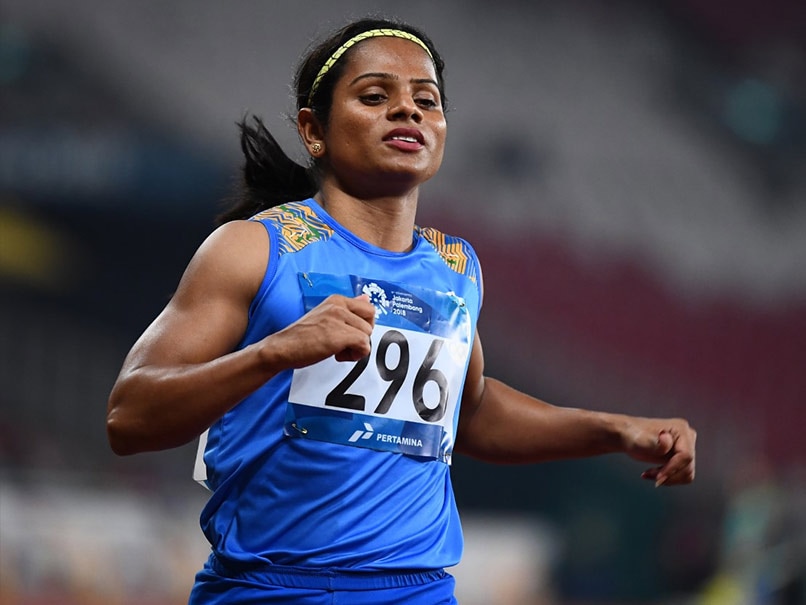 Dutee Chand is yet to qualify for the Tokyo Olympics.© AFP

World Athletics' decision to suspend the Olympic qualificationperiod till end of November has dealt a huge blow to Indian track-and-field competitors aiming for Tokyo, who were hoping to make the cut through domestic meets tentatively scheduled later this year. The events are not yet confirmed given the worsening COVID-19 pandemic, which has forced the country into a lockdown. World Athletics on Tuesday suspended the qualification period for the Tokyo Games from April 6 to November 30, 2020, following consultation with its Athletes' Commission, continental association presidents and the Council.

During this period, results achieved at any competition will not be considered for Tokyo Games entry standards or world rankings, the publication of which will also be suspended.

Star sprinter Hima Das is also yet to qualify for the Tokyo Games.

The world body has said those athletes who have already met the Olympic entry standard since the start of the qualification period in 2019 will remain qualified.

Asked what could have been the rationale behind the World Athletics' decision to freeze the qualification period till the end of November, Nair said, "I think many countries are not sure when the COVID-19 situation will be alright and can start training.

"Moreover, it is not fare to give athletes almost two years as qualifying period."

The qualifying period for most of the events, barring long distance races and race walk, began in May 2019 and was to end in June this year.

Nair said the Athletics Federation of India is hoping to hold the National Inter-State Championships and National Open in September and October but the performance of the athletes may not exactly be the best as they will not be counted for the Olympics qualification.

"What to do? We cannot do anything. We will be conducting the Nationals in September and October if the situation improves," said Nair, one of the most qualified coaches in the country.

World Athletics said the results in the intervening period of April 6 and November 30, 2020 will continue to be recorded for statistical purposes, including for world records, subject to the applicable conditions.

But they will not be used to establish an athlete's qualification status for the Olympics.

The total qualification period, which started in 2019, will be four months longer than it was to be originally before the postponement of the Olympics.