The bald eagle landed on two spectators during a football match between two college-level teams in Texas. 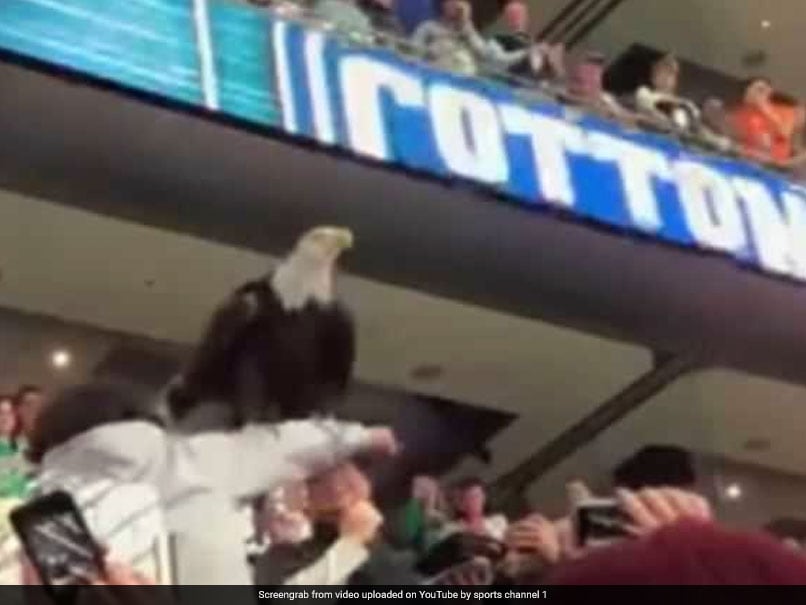 The spectator was enthralled to see the eagle perch on his shoulder.© YouTube/screengrab

We've seen cats and dogs invade pitches during several popular football or cricketmatches. But here's one unique incident where an eagle ended up grabbing the spotlight during a college football fixture. The huge bald eagle is now breaking the Internet for perching on top of two spectators at the AT&T Stadium, Arlington, Texas, during a match between Notre Dame Fighting Irish and the Clemson Tigers. Albert Armas, a spectator at the venue, was enthralled when the eagle had perched on his shoulder out of nowhere, eventually making the camerapersons pan their devices from the exciting game to the stands.

Another spectator stretched out his arm for the eagle to perch on because according to reports online, he had thought that the bird was tired of hovering over the stadium.

The rest of the audience members obviously found this amusing enough to pull out their mobile phones and click selfies to upload on social media.

The bald eagle, which is mostly found in North American countries, can spread its wings up to three to four metres, and weighs somewhere between four to six kilograms.