Chris Froome was booed by a section of the public on the starting ramp but otherwise enjoyed a great day in the Tour de France team time-trial. 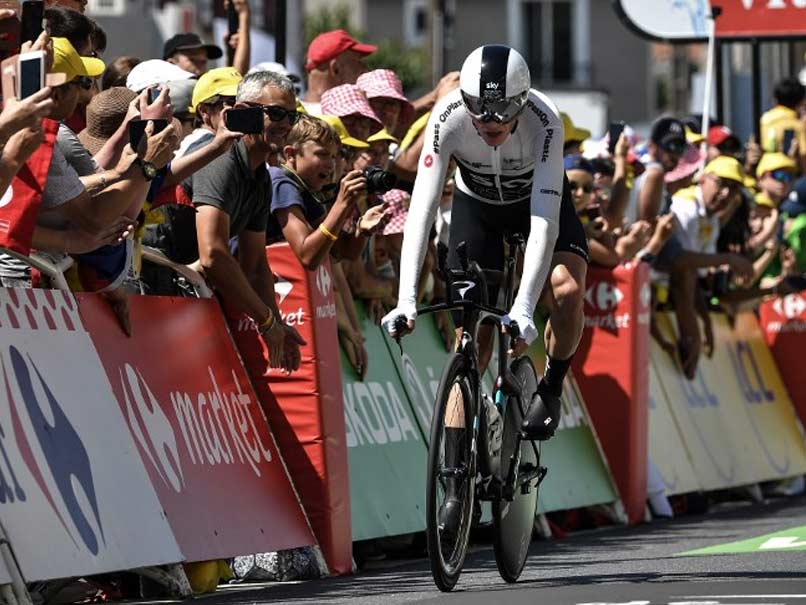 Chris Froome was booed by a section of the public on the starting ramp but otherwise enjoyed a great day in the Tour de France team time-trial on Monday where Sky were edged by four seconds by winners BMC. Belgian team Quick Step came third at seven seconds but because Fernando Gaviria was dropped along the route he failed to reclaim the race leader's yellow jersey, which was instead claimed by BMC's Olympic road race champion Greg van Avermaet.

"It's a great feeling and very good for the team. I have my chances to win tomorrow too and also at the Roubaix," said Van Avermaet.

The Belgian fans were quick to point out that one of their riders would be wearing the Tour de France yellow jersey on the day their team play France in football's World Cup semi-finals.

It was also a very satisfying day for Froome, the Kenyan-born Briton ignoring some booing at the start line and making up some of the valuable time he lost on Saturday's first stage.

Porte's BMC team had been expected to make up for their disappointing first day when their Australian leader fell.

"There was way too much wind for me," said the slightly-built Porte.

"So taking four seconds off Chris (Froome of Sky) is good and it looks like a minute off Romain Bardet at least," said the BMC leader.

"We were favourites and it was good to deliver.

"I still regret throwing away those 51 seconds on the first day, but there's a long way to go to Paris."

There was no surprises for Movistar's Quintana, who lost another chunk of time to Froome, to whom he came second on the Tour twice.

Bardet cut a happier figure after his AG2R team did better than expected after dropping four of his riders and losing 1min 15sec to BMC, less than expected.

Bardet waited at the finish line to greet each one of the teammates he'd dropped and hug them.

"Our team is our strength," said Bardet.

Froome put in an imperial performance on Monday showing the kind of power in the saddle that has led him to four previous Tour de France victories where he dominates the time trials and defends his lead in the mountains.

"It was a huge challenge for the team, it's been incredible for us," said the 33-year-old Briton who was jeered when his name was announced on the starting ramp.

"Our aim was to take the maximum time out of all our rivals," he insisted.

"But believe me, this was not an easy day."

"In this kind of situation you have to focus on the process and not the result. Make sure all the guys are right, forget the race and live the moment," he said of how they tackled the challenge.

Asked if the Froome whistling was dying down, he said yes.

"It looks like people have just come out for a fun day," he said.

"Thankfully, because there are families here."