The 43rd edition of the Chicago Marathon was due to take place on October 11, with an estimated field of around 45,000 runners and wheelchair athletes. 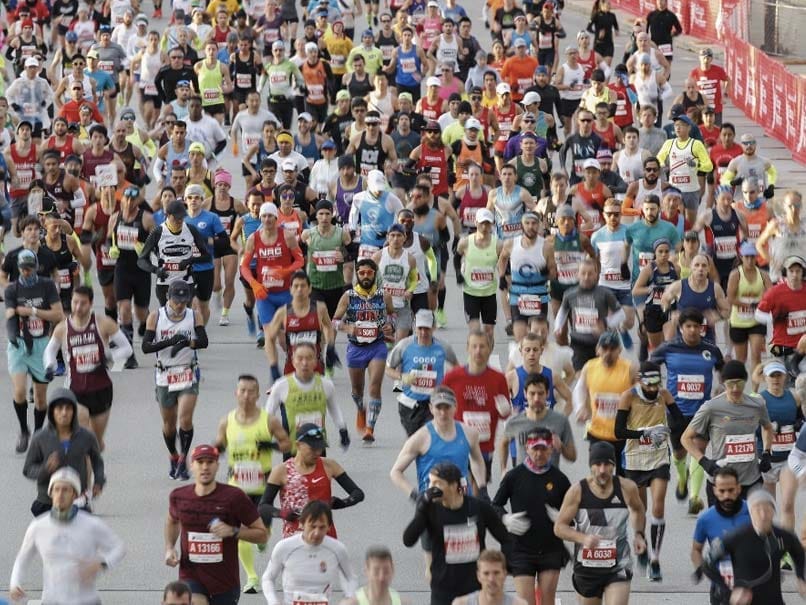 The Chicago Marathon became the latest major marathon to fall victim to the coronavirus.© AFP

The Chicago Marathon became the latest major marathon to fall victim to the coronavirus on Monday as organisers confirmed cancellation of the race for only the second time in its history. The decision had been largely expected, with several other major marathons around the world already suffering the same fate because of the coronavirus pandemic. The 43rd edition of the race was due to take place on October 11, with an estimated field of around 45,000 runners and wheelchair athletes. "The Chicago Marathon is our city's beloved annual celebration of more than 45,000 runners, as well as tens of thousands of volunteers, spectators and city residents," Chicago Mayor Lori Lightfoot said.

"Like all Chicagoans, I'm personally disappointed that this year's event won't take place as originally planned; however, we look forward to welcoming all runners and their cheering squads once again when the Chicago Marathon returns to our city in full force for another very exciting race."

Race director Carey Pinkowski said the decision had been taken with the safety of participants and volunteers in mind.

"We understand the disappointment, but when we return to the streets of Chicago, it will be a celebratory moment and an uncompromising statement about the collective spirit of who we are as a running community: We are powerful, we are persistent, and we will reach the finish line again," Pinkowski said.

Chicago is one of the world's six major marathons along with races in Tokyo, Boston, London, Berlin and New York.

The Chicago race was last cancelled in 1987 after a loss of sponsorship.

Tokyo went ahead in March with only elite and wheelchair athletes taking part, while Boston was due to take place in April but was then rescheduled for September before eventually being cancelled altogether.

Both Berlin and New York were also cancelled, leaving London -- which was moved from April 26 to October 4 -- as the last marathon race standing.