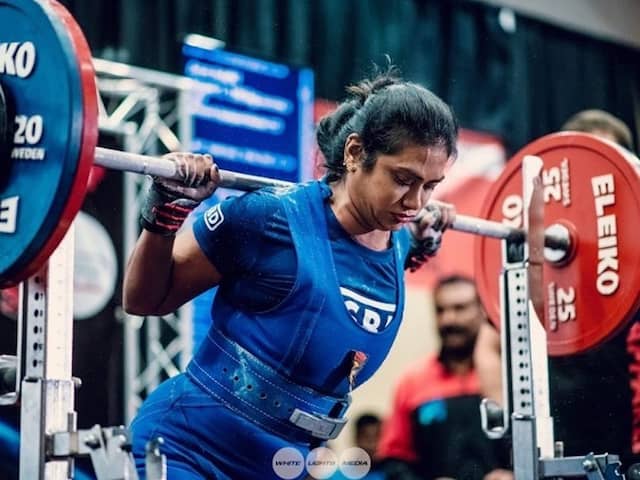 Bodyshamed a few years ago, Chennai's Arathi Arun is now being called Mary Kom in Powerlifting after she won five gold medals in the recent Commonwealth Powerlifting Championship held in Canada. The 44-year-old is a Dental Surgeon developed passion for powerlifting only four years ago. It was bodyshaming, the mother of two children says that triggered in her a passion to pursue powerlifting. "After my second child was born I had put on lot of weight. I was 80 kilos. I wasn't getting my size dress. I was teased when I tried large size dresses. My confidence was too low". At the gym too she says initially many dissuaded her saying "Its an iron game, not a married woman's sport". But there was no stopping and she wanted to prove neither marriage nor weight gain should be a deterrent for women.  She says "I told them only we know I'm a woman and married. But the rod there wouldn't know anything. Its going to treat me equally.

Besides several other titles, earlier this year Arathi won the Asian Powerlifting championship in the 72 KG M1 category held in Hong Kong.

The recent laurels has made her a role model and an inspiration for many. Tamil Nadu Chief Minister EPS honoured her. "I am happy people recognise me and my sport now . Once they are married women don't make time for themselves. Now looking at me they get motivated" she adds.

However she feels the sport is yet to get due recognition. She says "Only certain sports are given importance. I want recognition for Powerlifting. Government of India introduced this in 1975. People are getting government jobs, medical and engineering seats too for good performance in Powerlifting. But the awareness is very less".

Arathi is now gearing up for the Asian Bench Press championship in Coimbatore and the world powerlifting championship 2020 in South Africa.

When asked what's her message to women like her "Dream big and keep following your dreams. Its not how many times you fall down its how strong you get up, that's important.
Move towards your goal. Change your plan, don't change your path".

Arathi says her Dental Surgeon husband, college going son and school going daughter support her very much. Are they scared of the Powerlifter wife and mom ? She chuckles "Often I tell them I'd give a punch, but they are not scared. They are proud of me".