After Mary Kom lost her World Championships semifinals bout, India lodged a protest but it was turned down by the International Boxing Association's (AIBA) technical committee. 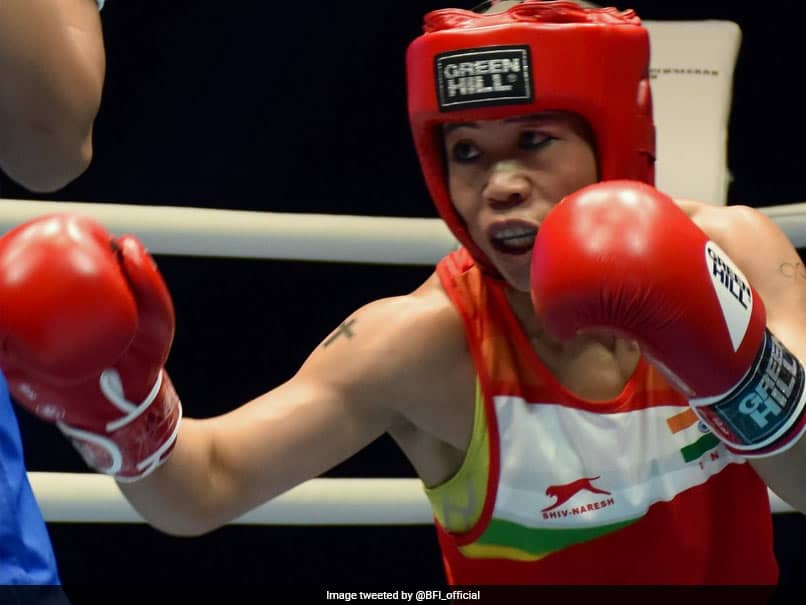 Mary Kom said she was in the best shape during the World Championships.© Twitter

Six-time world champion MC Mary Kom on Tuesday questioned the rationale behind the rule which did not allow her to lodge a protest after her semifinal loss in the recent World Championships. "Our protest was not considered as it was a 1-4 verdict. I don't know what this rule is, that you cannot file an appeal if it is 1-4," Mary Kom said on the sidelines of a felicitation function by the Sports Ministry.

"If deserving winners are made to lose, it does not do any good to the sport," said the 36-year-old who won her maiden 51kg medal, a bronze, in the just-concluded World Championships in Russia.

After Mary Kom lost her semifinals bout 1-4 to Busenaz Cakiroglu of Turkey, India lodged a protest but it was turned down by the International Boxing Association's (AIBA) technical committee.

The rules mandate that the decision has to be either 3-2 or 3-1 for an appeal to be even accepted for consideration.

Asked if there was any bias against her in the decision, she said, "Of course, there was something fishy but I don't know what exactly is that."

"I was sad and shocked but I could not do anything," said the brand ambassador of the AIBA.

Just after the semifinal loss, she had said that it was an unacceptable result and could never imagine something like that would happen to her.

Mary Kom said she was in the best shape during the World Championships and her performance has renewed her confidence that she can do better at the Tokyo Olympics.

"Despite the semifinal loss, the World Championship was a good preparation for the road ahead. I was in the best shape and I found the right balance for 51kg category in this World Championship. This has given me confidence that I can do much better in Olympics," she added.

Manju Rani, who won a silver in 48kg, and other bronze winners Jamuna Boro (54kg) and Lovlina Borgohain (69kg) were also felicitated.

Manju's category is not included in the Tokyo Olympics and she said she "will jump weight if 48kg is not there in the 2024 Olympics."

"Olympics is my target, let us see," said the 20-year-old Haryana boxer who won the silver in her debut World Championships.

"I played kabaddi initially but found that I have no future in that because the performance of any member can affect the whole team. In individual sport, it is all your performance that counts," she said.

"I took up to boxing and my uncle became my coach. He does not know much about boxing and he had to learn himself first before teaching me."

She did not get selection in the team for Nationals from her home state of Haryana. So, she represented Punjab in the Nationals and won a gold to be selected for the national camp.