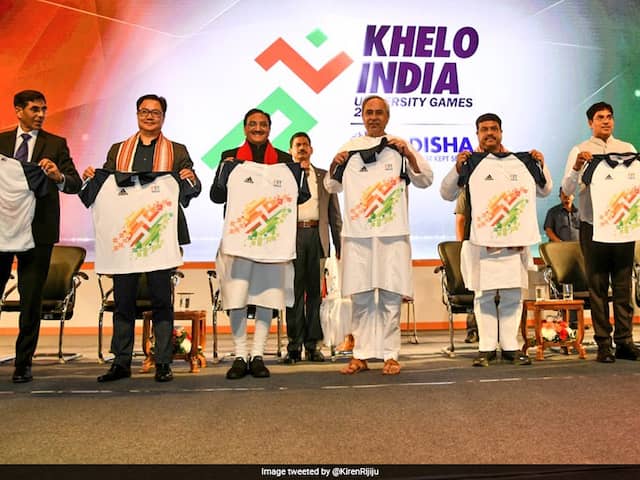 The first edition of Khelo India University Games is scheduled to be held at the KIIT University in Bhubaneswar from February 22 to March 1, 2020. The launching ceremony of the event was held in Bhubaneswar on Monday where the logo and jersey were unveiled. Khelo India University Games will witness over 4,000 athletes from 100 Universities across India vying for top honours in 17 different disciplines namely archery, athletics, boxing, fencing, judo, swimming, weight-lifting, wrestling, badminton, basketball, football, hockey, table tennis, tennis, volleyball, rugby and kabaddi.

"I am truly delighted to announce that the first edition of the Khelo India University Games will be held in Bhubaneswar; a city which has gained the repute of being the Sports Capital of India," said Odisha Chief Minister Naveen Patnaik.

Commending the Ministry of Youth Affairs and Sports and Sports Authority of India for taking this initiative, he said the state government and KIIT University will ensure all the participants will have a memorable experience during the event.

Saying that India has no dearth of sporting talents, Union Human Resource Development Minister Ramesh Pokhriyal 'Nishank' said the University Games will further nourish the talents of the youth.

"The Khelo India University Games is yet another empowering initiative of Government of India that hopes to not only give a platform to young students to showcase their talent in sports but in the long run it will develop a culture to pursue sports at this level and eventually contribute to the ultimate goal of topping the medal tally in events like the Asian Games and Olympic Games," Union Sports Minister Kiren Rijiju said.

Union Petroleum Minister Dharmendra Pradhan reflected the government's ambition of seeing the tri-colour fly high at the 2024 and 2028 Olympic Games.

"These initiatives taken up by the government under the leadership of our Prime Minister Narendra Modi will definitely help mould the future of budding sports stars of India and I am confident these initiatives will help the country win more medals at the upcoming Olympic Games in 2024 and 2028," said Pradhan.