Abhinav Shaw's father said that he had decided to train him to be a shooter on the day he was born. 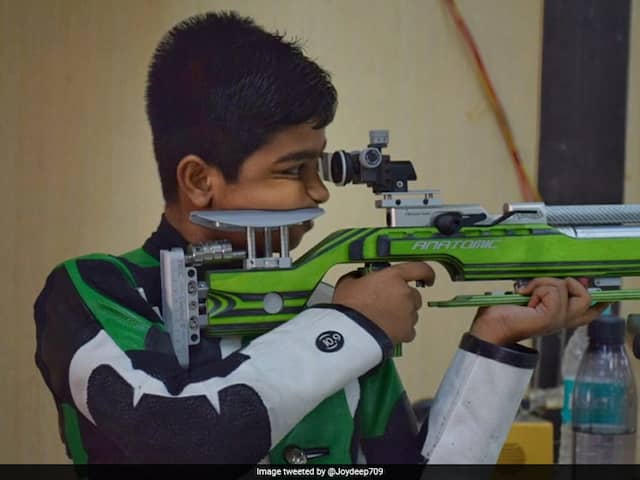 Abhinav Shaw, who became the youngest gold medallist at the Khelo India Youth Games (KIYG) in 2019, wouldn't have known that his career path was chosen on the day he was born. Shaw's father Rupesh Kumar Shaw named Abhinav after India's first individual Olympic gold medallist Abhinav Bindra and decided that his son would become a shooter. Rupesh, who is a home tutor, also had a stint in shooting. He took part in the 10m air pistol event for East Zone.

"I decided that Abhinav would be a shooter on the day he was born. Abhinav was born in the year 2008, the year when Abhinav Bindra won the gold at the Beijing Olympics. Our son is named after the great Abhinav Bindra. I took our son to the club at the age of eight and started his shooting training. When he was nine years old, he cracked the youth trials at Trivandrum in 2017. He became the state senior champion in 2018 and then he went on to win the gold at the Khelo India Games. Everyone says that Abhinav is a natural shooter," said Rupesh.

While speaking about the KIYG, Abhinav said that the competition is a good platform for the youth. The third edition of the tournament will be held in Guwahati from January 10.

"The Khelo India Youth Games is a good platform for youth athletes. My biggest achievement in my career so far has been the gold medal I won in the Khelo India Youth Games in 2019. The competition was very tough and the athletes were very good. I participated in the 10 m air rifle mixed team event (along with teammate Mehuli Ghosh in the U-21 category)," said the 11-year-old.

Abhinav, who is currently preparing for the India trials (youth, junior and senior categories), has not played an international tournament as yet. However, the young shooter has had success at the national level.

"I started shooting two and a half years ago at the Asansol rifle club. I have not played any international tournament as yet. I am currently preparing for the India trials (youth, junior and senior), which will take place in January. I have played in the senior nationals in 2018 and 2019. I won two gold medals in the mixed team event (youth and junior category) at the nationals in 2018," Abhinav signed off.