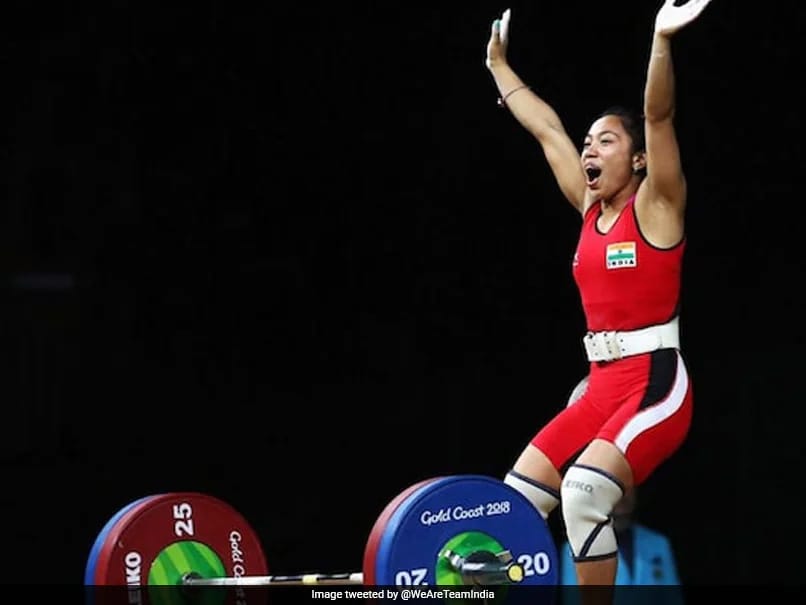 The International Weightlifting Federation (IWF) on Saturday confirmed that star Indian lifter Mirabai Chanu has qualified for the upcoming Tokyo Olympics in the women's 49kg category. Chanu, the 2017 world champion in weightlifting, had secured her place in Tokyo by winning a bronze medal in the Asian Championship in Tashkent in April with a world record in clean and jerk. The 26-year-old from Manipur has qualified on the basis of her standings on IWF's Absolute Ranking list. The Indian lifter is ranked second in the 49kg category with 4133,6172 points in her kitty.

"Many congratulations to #TOPSAthlete weightlifter @mirabai_chanu who has qualified for #Tokyo2020 after @iwfnet published its Absolute Ranking list where she is placed 2nd in the women's 49 kg," Sports Authority of India (SAI) tweeted.

Chanu was earlier ranked fourth but North Korea's withdrawal from the Olympics lifted the Indian to the second place.

This will be Chanu's second appearance in the Olympics, five years after a disappointing outing in Rio, where she failed to lift any of the weights in clean and jerk to bow out of the showpiece.

In the men's 67 kg category, India's Jeremy Lalrinnunga is ranked 12th and lost the continental quota to Korea's Hak Myeongmok, but the 18-year-old still has a chance to qualify.

As per IWF rules, the top eight lifters in each of the 14 weight categories, including seven in the women's group, are eligible to compete in the Games

Comments
Topics mentioned in this article
Olympics 2020 Olympics
Get the latest updates on India vs South Africa and check out  Schedule, Results and Live Score. Like us on Facebook or follow us on Twitter for more sports updates. You can also download the NDTV Cricket app for Android or iOS.