India's Vinesh Phogat along with three other wrestlers were seeded in their respective categories for Tokyo Olympics. 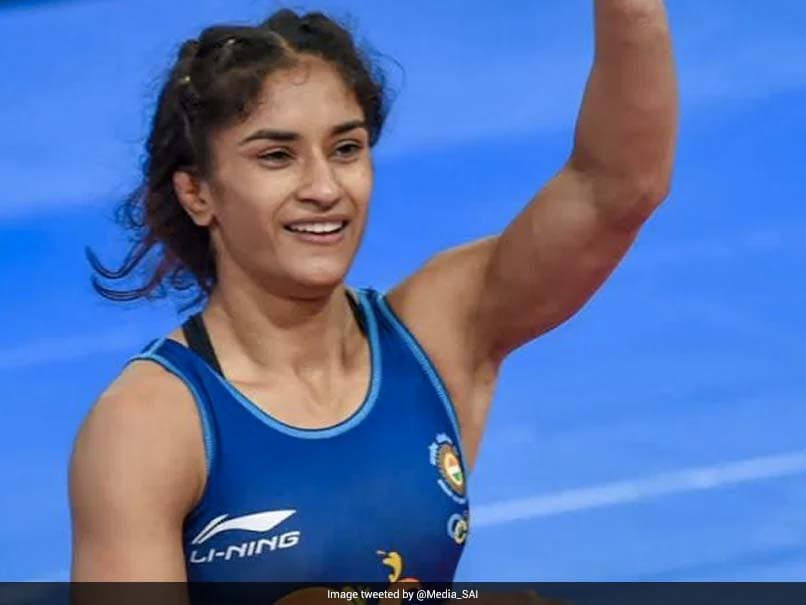 Indian wrestlers Vinesh Phogat, Bajrang Punia, Deepak Punia and Ravi Kumar were on Monday seeded in their respective categories for the Tokyo Olympics in July-August. Both Bajrang and Deepak have been seeded second in the 65kg and 86kg category while Ravi has been seeded fourth in the 57kg. Star female wrestler Vinesh is the top seed in the 53kg category. Russia's Rashidov Gadzhimurad is the top seed in men's 65kg, Serbia's Stevan Micic in the 57kg and Iran's Hassan Yazdanicharati in the 86kg.

Sumit Malik, who had won an Olympic quota in the 125kg category, has been provisionally suspended by world body UWW for failing a dope test.

Out of the Indians who have qualified, the seasoned Bajrang and Vinesh have a good chance of winning a medal.

Comments
Topics mentioned in this article
Bajrang Punia Olympics 2020 Olympics
Get the latest updates on T20 World Cup, check out the T20 World Cup Schedule and Live Score . Like us on Facebook or follow us on Twitter for more sports updates. You can also download the NDTV Cricket app for Android or iOS.