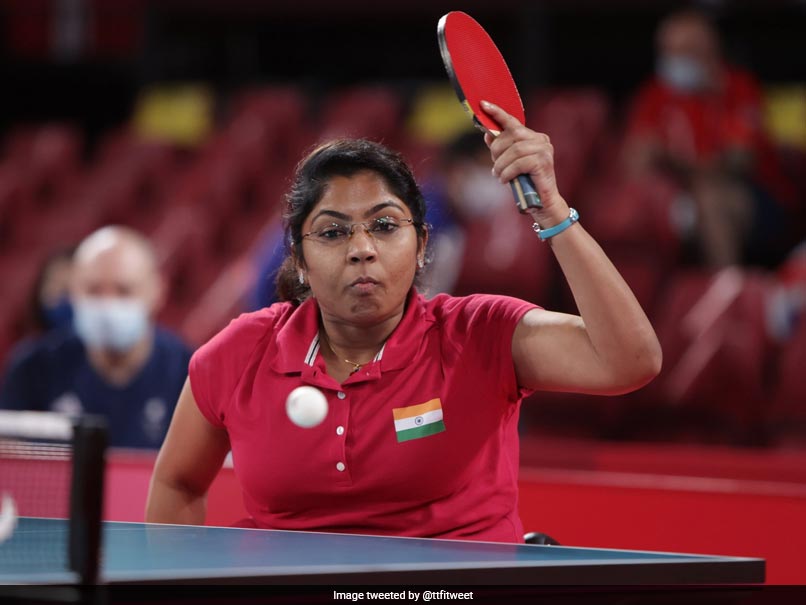 India paddlers Bhavinaben Patel and Sonalben Patel lost to China's Zhou Ying and Zhang Bian in the women's team (Classes 4-5) quarter-finals at the Tokyo Paralympics on Tuesday. The Chinese pair started off brilliantly as they took the first game 11-4. Zhou Ying and Zhang Bian dominated the proceedings and didn't allow the Indian pair to bounce back. In the second round, the Indian team of Bhavinaben and Sonalben did pick up few points but the Chinese pair came all guns blazing and won the essay 11-4.

Riding on the confidence, Zhou Ying and Zhang Bian took the third game 11-2 to clinch the match 3-0 in the doubles event.

In the singles clash, Bhavinaben lost to Zhou Ying (11-4 ,11-7, 11-6) in straight games, meaning Sonalben didn't get the opportunity to take on Zhang Bian as India lost the 0-2 in women's team best of three table tennis event.

On Sunday, Bhavinaben had won silver after going down 0-3 to China's Zhou Ying in the women's singles - Class 4.

With this silver medal, Bhavinaben is the first table tennis player ever to win a medal at the Paralympics for India and the second female athlete after PCI chief Deepa Malik to achieve the feat.

Comments
Topics mentioned in this article
Other Sports Olympics 2020 India Olympics
Get the latest updates on IPL 2021, check out the IPL 2021 Schedule and Indian Premier League Live Score . Like us on Facebook or follow us on Twitter for more sports updates. You can also download the NDTV Cricket app for Android or iOS.