Tokyo Olympics: PV Sindhu Goes Down Fighting To World No.1 Tai Tzu Ying In Semis, To Vie For Bronze

Tokyo Olympics: PV Sindhu lost 18-21, 12-21 to Tai Tzu Ying in the women's singles semi-finals and will face He Bing Jiao for the bronze medal. 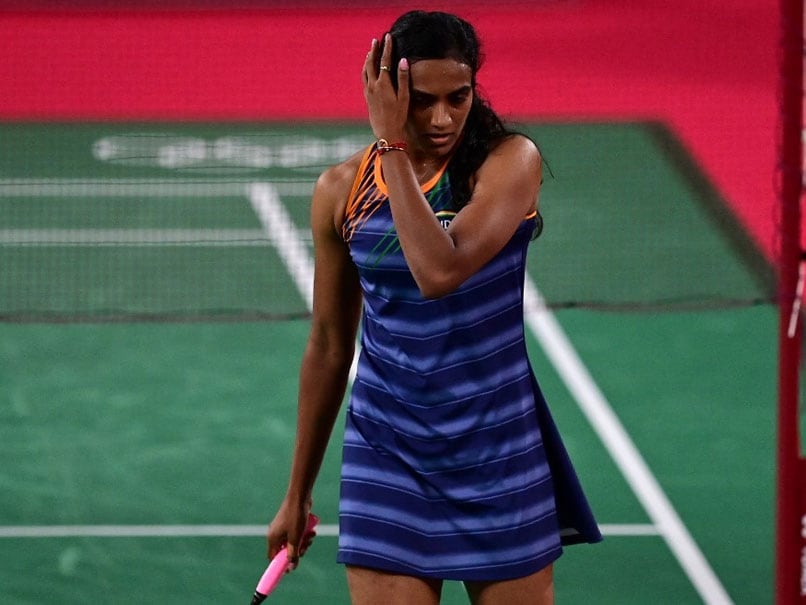 Tokyo 2020: PV Sindhu put up a hard fight but could not best World No.1 Tai Tzu Ying.© AFP

PV Sindhu once again showcased her fighting spirit, going toe-to-toe with World No.1 Tai Tzu Ying in the women's singles semi-final of the Tokyo Olympics on Saturday. But it still wasn't enough as her opponent from Chinese Taipei proved to be just too good on the day. Sindhu lost the semi-final clash 18-21, 12-21 and will now take on China's He Bing Jiao in the bronze medal match, scheduled to be played on Sunday. He Bing Jiao had lost to compatriot Chen Yu Fei in the other semi-final, losing a thrilling three-game battle 16-21, 21-13, 12-21. Tai Tzu and Chen Yu Fei will vie for the gold medal, also slated to take place tomorrow.

Sindhu still has a chance to become the first Indian female to win two Olympic medals when she faces He Bing Jiao in the bronze medal match on Sunday.

It was a tough match for the reigning world champion but after putting in a spirited performance in the first game against the world number one, Sindhu was outplayed in the second game.

The Indian superstar started brightly, taking a 5-2 lead and then going into the mid-game interval with a handy 11-8 lead.

But the break seemed to spur on the Chinese Taipei shuttler and she came out all guns blazing to win three consecutive points and draw level at 11-11.

Sindhu didn't give in either, she too upped her game and both players were locked in an intense battle for the lead. Sindhu seemed to get an upper hand, going 16-14 ahead but Tai Tzu clawed her way back to make it 16-16.

With the first game tied at 18-18, the opener was still there for the taking for Sindhu, but the World No.1 won three straight points to take a crucial 1-0 lead.

Winning the first game, seemed to settle Tai Tzu Ying down. She was much more assured with her shots in the second and that put Sindhu under tremendous pressure.

Sindhu tried to stay in touch even managing to take a slender 4-3 lead but that was the last time the Indian was infront.

Tai Tzu won four points in a row to open a 7-4 lead before going into the mid-game interval 11-7 ahead.

The Chinese Taipei dominated from then on and won the second game 12-21 to book her berth in the final.

PV Sindhu Badminton Olympics
Get the latest updates on IPL Auction 2023 and check out  IPL 2023 and Live Cricket Score. Like us on Facebook or follow us on Twitter for more sports updates. You can also download the NDTV Cricket app for Android or iOS.