Tokyo Olympics: Indian shooters on Monday had their first training session since arriving in Tokyo ahead of the Olympics. 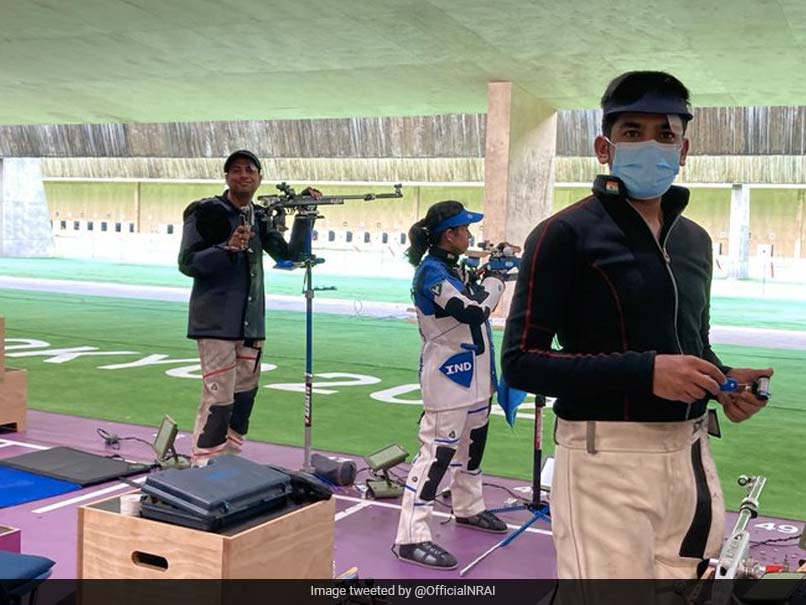 The Indian shooters underwent their first training session at the Asaka Shooting Range, getting a feel of the venue four days before the Tokyo Olympics opens on July 23. The shooting events will be held at the Asaka Shooting Range, which is located in Saitama Prefecture, north west Tokyo, from July 24 to August 2. The venue also hosted the shooting competition at the 1964 Olympics. "The #guns they are a blazing again. #indianshootingteam practising at the 50M range," the National Rifle Association of India (NRAI) tweeted.

The #guns they are a blazing again. #indianshootingteam practising at the 50M range @Tokyo2020 #Cheer4India #shooting #tokyoolympics #tokyo2020 #olympics pic.twitter.com/M1PPGRYj8n

The Olympics are scheduled to be held from July 23 to August 8, with the shooting events starting a day after the opening ceremony and covering the first 10 days of the extravaganza, which will be held without spectators owing to the pandemic.

Rifle coach Suma Shirur tweeted, "Surreal feeling of running 3.05 km morning workout run in new surroundings at @Tokyo2020 Games village. The Olympic rings have always fueled me up and the surge of emotions sitting besides them is indescribable. "

The 15-member Indian shooting team arrived in Tokyo on Saturday after completing a long training-cum-competition tour of Croatia.

Before the coronavirus pandemic broke out, Indian shooters consistently dominated the sport, finishing top of the table in four ISSF World Cups in 2019.

Comments
Topics mentioned in this article
Shooting Olympics 2020 India
Get the latest updates on IPL 2021, check out the IPL 2021 Schedule and Indian Premier League Live Score . Like us on Facebook or follow us on Twitter for more sports updates. You can also download the NDTV Cricket app for Android or iOS.