Tokyo Olympics: Indian boxers hit the ground running as they started their pre-Olympic training at the Games Village. 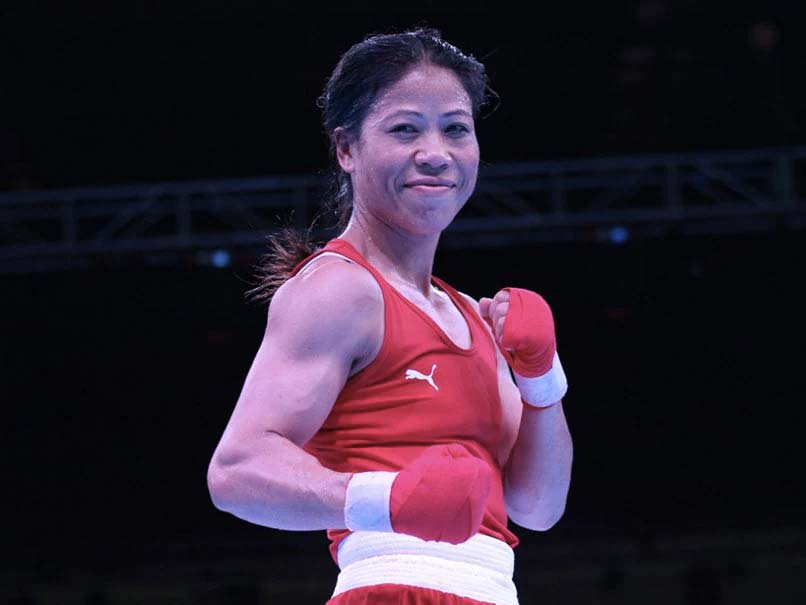 Indian athletes, including the boxers and shooters, hit the ground running as they started their pre-Olympic training, hoping to live up to massive expectations in the pandemic-hit Games. With the boxing competition getting underway on July 24 at the Ryogoku Kokugikan, the Indian pugilists, both men and women, sweated it out in their first training session a day after landing for the Tokyo Games, beginning July 23. Sports Authority of India (SAI) posted photos of the women boxers, MC Mary Kom, Pooja Rani, Simranjit Kaur and Lovlina Borgohain along with a tweet. "Our women boxers are sweating it out at #Tokyo2020 Games village ahead of the @Tokyo2020. Send in your wishes for them with #Cheer4India," SAI tweeted.

The Indian male boxers were also seen working on their skills in a video posted by Amit Panghal, who is one of the favourites to win a medal in 52kg.

The Indian shooters also underwent their first training session at the Asaka Shooting Range, getting a feel of the venue four days before the Olympics opens in Tokyo.

The shooting events will be held at the Asaka Shooting Range, which is located in Saitama Prefecture, north west Tokyo, from July 24 to August 2.

"The #guns they are a blazing again. #indianshootingteam practising at the 50M range," the National Rifle Association of India (NRAI) tweeted.

The first batch of Indian athletes arrived on Sunday morning and checked in to the Games village after fulfilling the COVID-19 related protocol requirements.

While archery couple Atanu and Deepika started sharpening their skills at the Yumenoshima Park this morning, paddlers Sathiyan and Sharath Kamal too began their preparations in search of an elusive Olympic medal in the sport.

While shuttler Sindhu and Praneeth trained with singles coach Park Tae Sang, the men's doubles pair of Chirag Shetty and Satwiksairaj Rankireddy hit the courts along with their coach Mathias Boe.

The sailors, including V Sarvanan, the first to reach Tokyo, had already started their training on Sunday. Besides Saravanan (men's laser class), Nethra Kumanan, KC Ganapathy, and Varun Thakker, all of whom reached Tokyo last week, will be representing the country in the sailing event at the Tokyo Games.

Rowers Arjun Lal Jat and Arvind Singh, who will compete in men's lightweight double scull and arrived in the Japanese capital on Saturday morning, underwent their first training session under the supervision of chief national coach Ismail Baig at the Sea Forest Waterway in Tokyo Bay on Sunday.

The 15-strong group of Indian shooters also to hit the range on Monday.

As per the protocols laid down by the Organising committee, athletes arriving from India were required to undergo three-day mandatory quarantine upon reaching Tokyo which was later lifted, much to the relief of the country's athletes.

On reaching the Games Village after clearing their COVID tests at the airprot and receiving their PVC cards, the Indian athletes were allowed to use the common areas, including gymnasium and dinning hall.

After one year's delay, the Tokyo Olympics will finally be held under emergency conditions with no spectators because of the raging COVID-19 pandemic in the country.

Mary Kom Amit Panghal Boxing
Get the latest updates on IPL 2021, check out the IPL 2021 Schedule and Indian Premier League Live Score . Like us on Facebook or follow us on Twitter for more sports updates. You can also download the NDTV Cricket app for Android or iOS.