The Indian badminton and the table tennis teams have been cleared to travel to the Games Village. 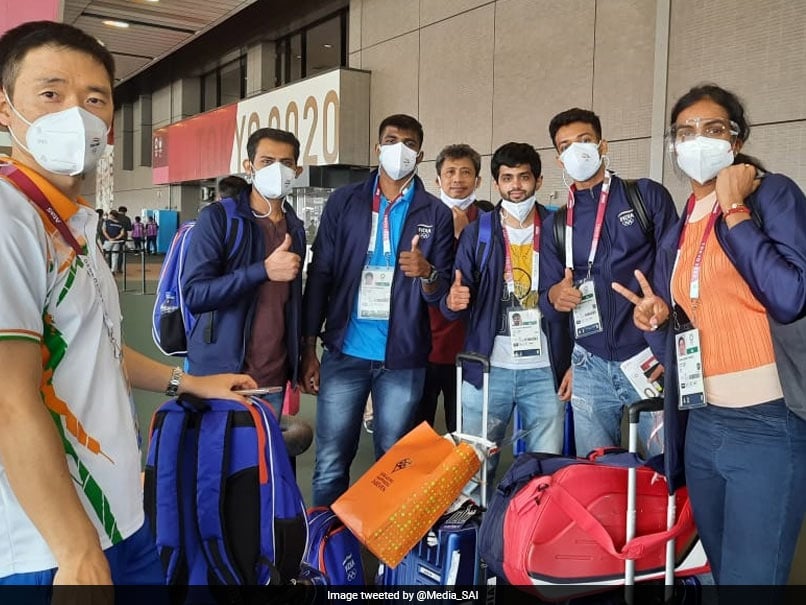 The Indian badminton contingent is being spearheaded by PV Sindhu.© Twitter

The Indian badminton contingent spearheaded by PV Sindhu and the table tennis team on Sunday were cleared to travel to the Games Village for the Tokyo Olympics which get underway from July 23. An 88 member Indian contingent including 54 athletes arrived in Tokyo on Sunday for the upcoming Olympic Games. With 127 athletes, Tokyo Olympics will be India's highest ever playing contingent. Athletes and support staff in eight disciplines of badminton, archery, hockey, judo, swimming, weightlifting, gymnastics, and table tennis arrived in Tokyo.

They were tested upon their arrival at the Tokyo airport and the badminton and table tennis contingent have been cleared to travel to Games Village.

The Indian boxing team spearheaded by Amit Panghal and Mary Kom also arrived in Tokyo on Sunday from Italy.

The Indian boxers had trained hard for the showpiece event in Italy and departed for Tokyo on Saturday.

The first batch of Indian athletes was given a formal send-off on Saturday at the Indira Gandhi International Airport in New Delhi.

The ceremony on Saturday was also attended by Narinder Dhruv Batra, President, Indian Olympic Association; Rajeev Mehta, Secretary-General, Indian Olympic Association, and Sandip Pradhan, Director-General, SAI among other dignitaries to ensure safety of players, entry into the event was only allowed of dignitaries and other officials who had a negative COVID test report.

Tokyo Olympics will begin on July 23 and the Games will run up to August 8. The event was slated to be held last year, but it was postponed due to the COVID-19 pandemic.

PV Sindhu Badminton Table Tennis Olympics
Get the latest updates on India vs South Africa and check out  Schedule, Results and Live Score. Like us on Facebook or follow us on Twitter for more sports updates. You can also download the NDTV Cricket app for Android or iOS.