Indian discus thrower Yogesh Kathuniya broke down on Monday and fell short of words to describe his happiness after winning silver medal at the ongoing Tokyo Paralympics. 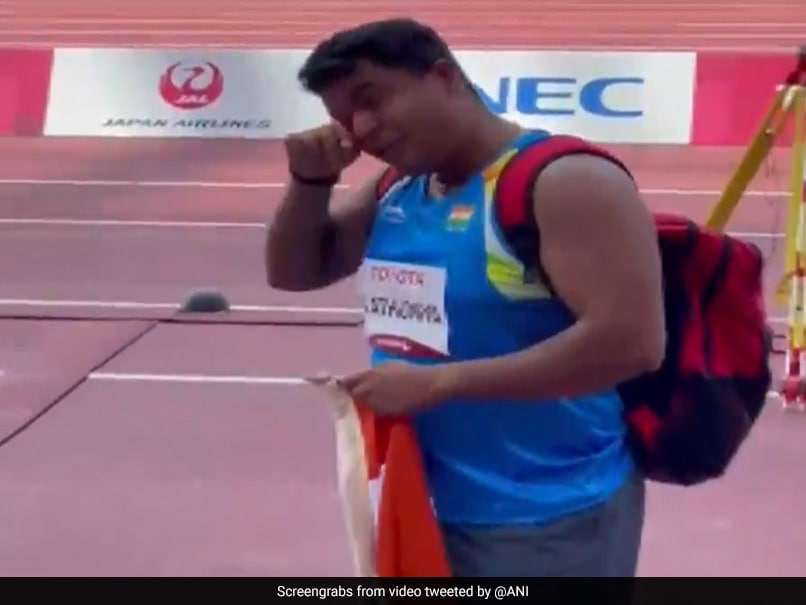 Indian discus thrower Yogesh Kathuniya broke down on Monday and fell short of words to describe his happiness after winning silver medal at the ongoing Tokyo Paralympics. Yogesh clinched the silver after registering his season-best throw of 44.38m in the men's F56 final. Yogesh threw 44.38m in his sixth and final attempt to take up the top spot before Claudiney Batista of Brazil clinched the gold medal with a throw of 44.57m in his first attempt to dethrone the Indian athlete. Yogesh gave a special mention to his mother and also spoke about his foul attempt.

Yogesh got off to a poor start as his first throw was deemed as foul but the Indian para-athlete soon made up for it as he registered a massive 42.84m in his second attempt.

However, his third and fourth throws were again deemed as foul. Yogesh, who had won a gold medal in the 2019 Indian Grand Prix, came out all guns blazing in the final two throws and registered scores of 43.55m and 44.38m in his fifth and sixth attempt respectively.

Comments
Topics mentioned in this article
India Olympics Olympics 2020 Athletics
Get the latest updates on IPL 2021, check out the IPL 2021 Schedule and Indian Premier League Live Score . Like us on Facebook or follow us on Twitter for more sports updates. You can also download the NDTV Cricket app for Android or iOS.