Indian discus thrower Vinod Kumar is "ready to perform well" in the Tokyo Paralympics following reclassification in the T/F52 category ahead of the Games. 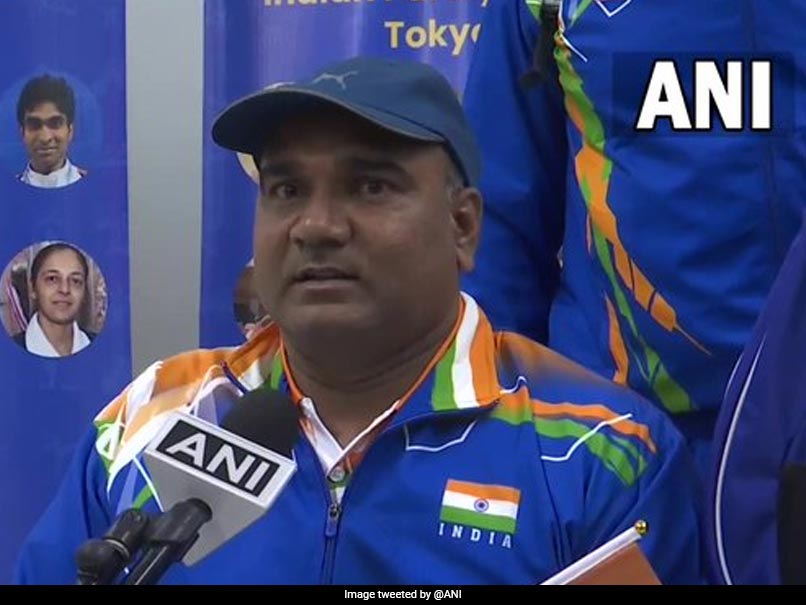 Vinod Kumar has been reclassified in the T/F52 category ahead of the Games.© Twitter/ANI

Indian discus thrower Vinod Kumar is "ready to perform well" in the Tokyo Paralympics following the change in his participation category which has raised hope for a medal ahead of the Games. Vinod Kumar has been reclassified in the T/F52 category ahead of the Games and the discus thrower admitted that he was under a slight "pressure" before the change. "I am ready for the event and I'm full of confidence. SAI and Paralympic Committee has supported me throughout my journey. My coach has also guided me at every step, I will perform well in the Paralympics," said Vinod Kumar in a video given by the Paralympic Committee of India (PCI).

"I can't describe the feeling in words. I was slightly under pressure due to my category but now I'm ready to give my 100 per cent," he added.

"He has been training in SAI Bengaluru for the last year. We are confident of winning a medal," said Vinod Kumar's coach.

Satyanarayana, the chairperson of Indian Para Athletics, was happy that Vinod Kumar's classification was as per expectation.

"Vinod Kumar's re-classification in his own category is a great news. India's chances of winning a medal in this category are bright and any change here would have been a big blow to Vinod Kumar and the Indian contingent," said Satyanarayana in a statement.

"Tek Chand on other hand has been classified in one category above and hence his competition will be that much tougher, but we are sure that he will give his best," he added.

In athletics, the sport class consists of the prefix "T" or "F" and a number. The prefix T stands for "track", marathon and jumping events, and F stands for "field." It indicates for which events the sport class applies, either for track/jump/marathon or for field events.

The Paralympic Games is scheduled to be held between August 24 and September 5. Thangavelu Mariyappan, Rio 2016 Gold Medal winner, will be the flag bearer of India.

Comments
Topics mentioned in this article
Athletics Olympics 2020 India Olympics
Get the latest updates on T20 World Cup, check out the T20 World Cup Schedule and Live Score . Like us on Facebook or follow us on Twitter for more sports updates. You can also download the NDTV Cricket app for Android or iOS.