Karnam Malleswari praised Mirabai Chanu for winning a silver medal at the Tokyo Olympics. She also hailed Neeraj Chopra for his gold medal. 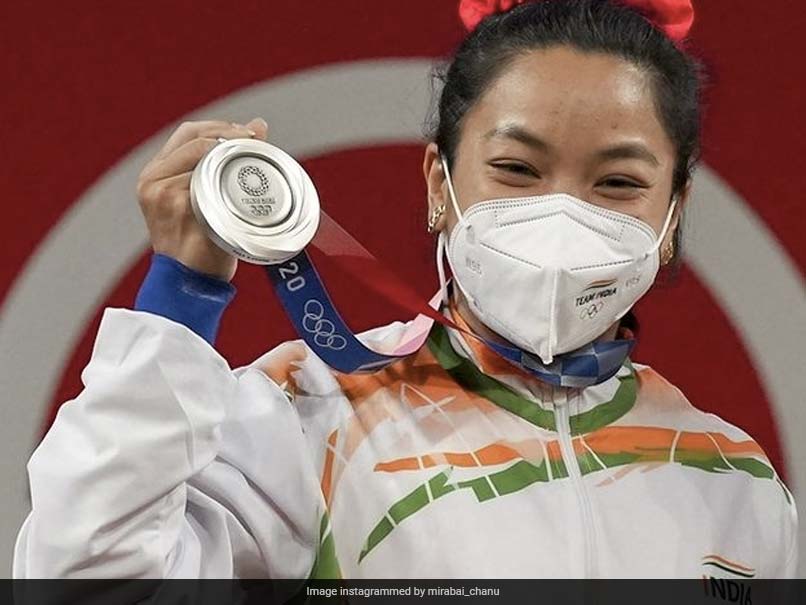 MIrabai Chanu celebrates with her silver medal at the Tokyo Olympics.© Instagram

Sydney Olympics bronze medallist Karnam Malleswari believes Mirabai Chanu's silver in the recent Tokyo Games is "like oxygen" for Indian weightlifting and it will inspire youngsters to take up the sport. Malleswari, who had won a weightlifting bronze in the 2000 Olympics, also said that sports culture will grow in the country after India's best-ever show in the Tokyo Games. "After 20 years, Mirabai (Chanu's) medal has come, so it is doing work like oxygen for us. I think in the future, because of this medal, many children have got motivation and in future more medals will come," Malleswari told reporters after inaugurating 'The Knee Clinic'.

Talking about India's performance in the Tokyo Olympics, Malleswari said, "We have won seven medals. We have performed well and the happiest thing is Neeraj Chopra, won the gold in athletics, where we even cannot think of a medal.

"Support is given by the Indian government, SAI, Sports Ministry are playing their roles. Government supported Olympians to a large extent and they were given the best facilities and training and we saw its results," said the former weightlifter, who is the first Indian woman to win an Olympic medal.

She said because of the government support and good performance of the athletes, the parents are allowing their children to take up to sport as a career.

"There is awareness among the public. Earlier, there was a dilemma whether to make a career or not, but today the players can make a 100 per cent career (in sports).

"If you win an Olympic medal, you become a celebrity and get financially settled. Now the parents are also supporting. In the future, I see a good sports culture growing in India and there will be many medallists," added the 46-year-old.

"20 years back there was talk of cricket everywhere, but now Olympic sports are getting promoted, so as a result of which we are seeing seven medals in Olympics."

Talking about the ongoing Tokyo Paralympics, she said, "We won a silver today. First Deepa Malik won the medal (in Paralympics) and now this (Bhavinaben's medal) is the second one.

"I watched her (Bhavina's) match, she played well, she lost the first round, but did well in the second. She won a silver, I am very happy," she said.

She also recollected an anecdote from the 2000 Sydney Olympics when current national badminton coach P Gopichand came running to her room to see the bronze medal she had won.

"When my medal came, Gopi (Gopichand) knocked on my door, he asked whether I could take my medal in hand. I said wear it, it is our country's medal.

"My medal was the only one in the Sydney Games, today there is sports culture in India, sports medals (are coming). I am happy that the huddle which was there, I broke it and on that path the players are walking and winning medals," she said.

According to Malleswari, her foundation -- the 'KMalleswari Foundation' is planning to work with 'The Knee Clinic Foundation'.

"Right now, we haven't tied up with 'The Knee Clinic'. We are planning as their concept is good and in sports normally there are more chances of knee, back and shoulder injuries.

"Every time a good player needs a doctor, so if we work together, we can do something for the underprivileged children and help sportspersons in dealing with injuries," she signed off.

Comments
Topics mentioned in this article
Mirabai Chanu Weightlifting Olympics 2020 Olympics
Get the latest updates on IND vs NZ 2021, check out the Schedule and Live Score . Like us on Facebook or follow us on Twitter for more sports updates. You can also download the NDTV Cricket app for Android or iOS.